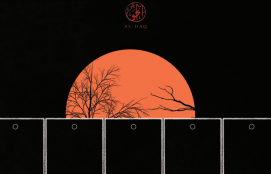 On 18 February 2022, Al-Haq sent a submission to the United Nations (UN) Special Rapporteur on the rights of freedom of peaceful assembly and of association, Mr. Clément N. Voule in response to a call for input to inform a thematic report on trends, developments, and challanges to the ability of civil society organisations to access resources, including foreign funding, to be presented to the UN Human Rights Council (HRC) at its 50th Session.

The submission underlines how the Israeli government, through its Ministry of Strategic Affairs, the Ministry of Defence and in coordination with para-governmental and affiliated entities have been leading a systematic, carefully orchestrated, and institutionalised smear and disinformation campaign against Palestinian human rights organisations for decades, in an attempt to shrink civil society space, delegitimise, oppress, and dominate them. The smear and disinformation campaigns attempt to affect access to funding and resources to Al-Haq, and Palestinian civil society organisations, in order to silence them and stop their efforts towards justice in Palestine. The submission addresses and documents these attacks on the Palestinian civil society and human rights organisations, including the most recent alarming attack carried out by Israel’s Ministry of Defence by unlawfully designating six prominent Palestinian organisations as ‘terrorist’ organisations.

The submission provides information on how such dangerous campaigns attempt to discredit the image, efforts and initiatives and criminalize the work of civil society in Palestine. It also addresses the repercussions the designations entail on the organisations and their staff, especially in relation to access to resources and funding, on both regional and international stages. The submission expands on how these efforts carried out by Israel attempt to silence the critical voice of Palestinian civil society organizations, who work tirelessly to serve the Palestinian people, and are involved in issues spanning from the Israeli occupation, annexation, apartheid and colonisation of Palestinian lands, business and settlement activities, environmental and natural resources, political prisoners, refugees, to accountability before the International Criminal Court (ICC).