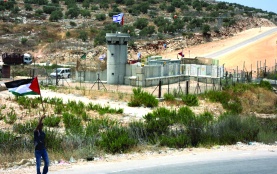 On 31 January 2022, Al-Haq, “Law in the Service of Man”, Addameer, Prisoner Support and Human Rights Association, Cairo Institute for Human Rights Studies, Habitat International Coalition – Housing and Land Rights Network, the Jerusalem Legal Aid and Human Rights Center, Al Mezan Center for Human Rights, and the Community Action Center/ Al-Quds University submitted a joint parallel report to the United Nations Human Rights Committee (HRC), detailing Israel’s violation and failed implementation of the International Covenant on Civil and Political Rights (ICCPR). The submission further showed that Israel’s violations of the ICCPR are the result of its entrenching and maintaining of an apartheid regime over the Palestinian people as a whole, including through its prolonged belligerent occupation.

The 77-page submission showed that Israel has been establishing, entrenching, and operationalising its apartheid regime through strategic fragmentation of the Palestinian People as a whole. The parallel report illustrated how Israel is violating the Palestinian right to self-determination by preventing the Palestinian people from exercising sovereignty over their land and natural recourses. It further highlighted the restrictions that Israel, the Occupying Power, imposes on Palestinians preventing them from agricultural development, in violation of Article 1 of the ICCPR. Moreover, Israel’s discriminatory nationality and residency laws, policies and practices violate Article 2 of the ICCPR prohibiting discrimination, including racial discrimination.

The report exposed that Israel’s use of unnecessary and disproportionate force and the denial of access to medical care to Palestinians, as violating the Palestinians’ right to life, enshrined in Article 6 of the ICCPR. It further demonstrated that Israel’s torture and ill-treatment of Palestinians during interrogation and detentions, and its inhuman practice of withholding Palestinian bodies are in violation of the prohibition of torture as stipulated by Article 7 of the ICCPR. Moreover, Israel’s arbitrary detention, including the campaign of mass arrests and detentions after the Unity Uprising violates Article 9 of the ICCPR, which prohibits arbitrary detention. Furthermore, that the conditions of detention and deliberate medical neglect amidst the COVID-19 pandemic amounts to violations of Article 10 of the ICCPR.

The report also outlined how Israel is violating the Palestinian people’s freedom of movement through its annexation wall, checkpoints, closure and military blockade, permit system and travel bans which amount to violations of Articles 12 and 13 of the ICCPR. In addition, the report illustrated how Israel’s military judicial system plays an integral role in sustaining its apartheid regime. It further examined how Israel’s systematic denial of the right to a fair trial, judicial process and guarantees violates Article 14 of the ICCPR. Furthermore, the report exposed Israel’s breach of Palestinians’ freedom of expression, the right to peaceful assembly and freedom of association as entailed in Articles 19, 21 and 22, including highlighting Israel’s unsubstantiated smearing of Palestinian civil society organisations as “terrorist organisations”. Israel’s racial discrimination and apartheid regime violates Article 26 of the ICCPR which establishes that “[a]ll persons are equal before the law and are entitled without any discrimination to the equal protection of the law.”

The report concludes that “[s]ince the 2014 Concluding Observations, Israel has failed to adopt the Committee’s recommendations and continues to violate fundamental rights enshrined in the ICCPR.” It further noted that the 2019 Concluding Observations of the Committee on the Elimination of Racial Discrimination (CERD) recognized the continuity of Israel’s discriminatory laws, policies, and practices targeting Palestinians on both sides of the Green Line and urged Israel to “give full effect to article 3 of the Convention and eradicate all forms of segregation between Jewish and non-Jewish communities and any such policies or practices that severely and disproportionately affect the Palestinian population in Israel proper and in the Occupied Palestinian Territory.”

Finally, building upon the mounting recognition that Israel imposes an apartheid regime over the Palestinian people as a whole, the organisations called on the Human Rights Committee to recognize the following: