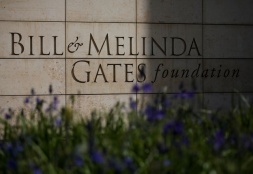 Al-Haq strongly regrets the establishment of a partnership between Israel and the Gates Foundation on climate change innovation.

On 2 November 2021, Israel’s Primer Minister Naftali Bennett met Microsoft co-founder Bill Gates at the COP26 to discuss the setting up of a joint working group between the Gates Foundation and Israel on climate change innovation. Such partnership is claimed to foster climate change research and development and to contribute to innovative mitigation and adaptation techniques, in such areas as water scarcity and solar energy.

In its open letter, Al-Haq recalls the implications of such cooperation the inalienable rights of the Palestinian people. Contrary to the core values and principles of human rights supported by the Gates Foundation, Israel’s innovation and tech industry has been premised upon systematic oppression and exploitation of natural resources. It underlines that climate change solutions, including zero-carbon goals, water innovation, and solar energy engineering cannot be premised upon unlawfully land and water exploitation and greenwashing of international crimes.

Bennett’s pledge to “take this as a national mission” is typical of its strategy of normalization of Israel’s international relations, playing the innovation card to impose its presence acceptable in the international arena.

Al-Haq encourages the Gates Foundation, as well as any climate innovation stakeholders, to refrain from using their resources and influence to serve Israel’s oppressive apartheid regime. Climate change is a scourge that necessitates a global struggle against all forms of oppression, peoples’ self-determination, a revolution for our common humanity.