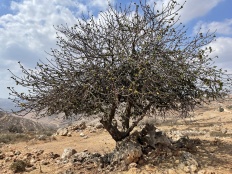 Al-Haq strongly welcomes the establishment of a new UN Special Rapporteur dedicated to the promotion and protection of human rights in the context of climate change, in a resolution adopted by the Human Rights Council (HRC) during its 48th session.[1] The resolution specifically recognizes that, “while the human rights implications of the adverse impact of climate change affect individuals and communities around the world, [...] the consequences most acutely affect [amongst others] refugees and internally displaced persons, those living in conflict areas and those already in vulnerable situations.”[2] Appointed for a three-year period, the Special Rapporteur will be entrusted with the development of a human rights-based approach to climate change, the promotion of international cooperation in climate change mitigation and adaptation efforts, and will work in close collaboration with other special procedures and human rights mechanisms in the furtherance of its mandate.

Climate change impacts have been and continue to be severely felt on the enjoyment of peoples’ human rights and fundamental freedoms. Indigenous peoples, peoples living under colonial rule, military occupation and apartheid oppression, are often unwittingly placed at the forefront of climate-related predicaments, being confronted with the unsustainable appropriation and exploitation of their lands, exacerbating their climate change vulnerabilities and preventing their engagement with community-based mitigation and adaption strategies.

Besides reinforcing climate injustice in Palestine, Israel’s settler-colonial and apartheid laws, policies and practices have constructed and are buttressing a system of climate oppression aimed at using the climate crisis as an additional tool of dispossession. Israel’s colonial expropriation, appropriation and exploitation of Palestinian lands and natural resources has prevented Palestinians from accessing, utilising and benefitting from their own natural wealth, including water, trees and solar energy - to the benefit of the Israeli settler-colonial project in the West Bank. Israel’s military occupation and colonial oppression over every aspect of Palestinians’ life is preventing and limiting community-based climate change adaptation, compelling communities to engage in unsustainable coping actions in the face of climate change impacts on their habitats and traditional sources of living.

Israel’s laws, policies and practices in Palestine, including those inherent to the question of climate-related mitigation and adaptation, are all aimed at facilitating territorial annexation, expanding illegal Israeli settlements, entrenching control over Palestinian lands and natural resources, and fostering a coercive environment that eventually incites forcible displacement. The struggle against climate change impacts on human rights in Palestine is intrinsically linked to that of Israel’s oppression over Palestinians and their human rights. Fighting climate change requires a global and comprehensive vision over their right to right to self-determination, which includes their ability to dispose of their natural resources and to advance Palestinian development in a sustainable way.

In the run-up to the Conference of the Parties under the United Nations Framework Convention on Climate Change, which will be held from 31st October to 11th November 2021, Al-Haq regards the formation of a Special Rapporteur on the interrelation between human rights and climate change as a positive development towards the fulfilment of peoples’ right to a healthy environment, sustainable development and unhindered disposal of their natural resources. Al-Haq looks forward to engaging further to secure Palestinian voices within the debate, and support their right to self-determination as the only solution capable of addressing climate change challenges in Palestine.