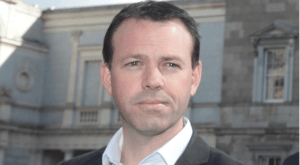 On 26 May 2021, the Irish Parliament (Dáil Éireann) recognized and condemned the de facto annexation of Palestine by the State of Israel, as illegal. Ireland is the first European Union (EU) Member State to officially recognize Israel’s de facto annexation of occupied Palestine as a violation of international law. Al-Haq expresses its deep appreciation at Ireland’s historic steps and leadership in addressing the root causes of the prolonged occupation, which must now follow with active steps towards ending 73-years of oppression, apartheid, and colonization of Palestine and denial of self-determination and the collective right of return of the Palestinian people as a whole.

Al-Haq urges other EU Member States to follow Ireland’s lead and recognize the de facto annexation of Palestine as a violation of international law and meet their international obligations by taking collective countermeasures against the State of Israel.

Al-Haq would like to extend special thanks to John Brady, TD, of Sinn Féin (pictured above) for his leadership and initiation in tabling the motion on de facto annexation. We would also like to thank Minister for Foreign Affairs, Simon Coveney of Fine Gael, for his principled stance and important speech on the floor of the Dáil in support of the motion.

Al-Haq thanks independents and ‘TDanna’ from across the political spectrum that supported the motion and for their continued support of Palestine, including Fianna Fáil, Fine Gael, the Green Party, the Labour Party, People Before Profit, the Social Democrats, and Sinn Féin.

Deputy John Brady explained the potential for shifting EU policy on Palestine stating: “We will become the first European country to formally acknowledge that the crime of annexation has taken place. The architecture of the Israeli Government strategy on the development of settlements signals the intention of making this a permanent fixture. The EU has talked about the need for Israel to avoid the red line of annexation but we have the potential to bring Europe over the line. We have the potential to move EU policy on Palestine.”

Minister for Foreign Affairs, Simon Coveney, of Fine Gael noted that, “the scale, pace and strategic nature of Israel’s actions on settlement expansion and the intent behind them have brought us to a point where we need to be honest about what is actually happening on the ground. We need to call it out for what it is. It is de facto annexation. This is not something that I or this House say lightly. We are the first EU member state to do so, but it reflects the huge concern we have about the intent of the actions and, of course, their impact.”

Deputy Cathrine Donnelly warned that the de facto annexation motion cannot take place in a vacuum and must be complemented by State recognition, noting that: “The programme for Government commits to recognising the State of Palestine… How long more is the Minister going to wait to protect the integrity of Palestinian territory? Will he wait until there is no territory left, not to mention the men, women and children whose lives will be lost? At what point is he going to come into the Dáil and tell us now is the time to protect the integrity of the Palestinian nation and fulfil the commitment given in the programme for Government?”

We also want to take this time to show our appreciation to Irish civil society including Irish NGO’s Sadaka-the Ireland Palestine Alliance, Christian Aid, Trócaire, and the Irish Congress of Trade Unions (ICTU) for their tireless work and continued support for the Palestinian liberation cause.

Al-Haq also recognizes the continued efforts of those who offered amendments for stronger measures against Israel, particularly officials from People Before Profit for their amendment to have Ireland officially recognize the acts of Israel as war crimes, recognize Israeli apartheid and impose sanctions on the State of Israel, and in doing so, addressing the direct calls from the Palestinian people on the ground.

Al-Haq now calls on the rest of the EU Member States to follow Ireland’s brave and historic lead and condemn the de facto annexation of Palestine by Israel as an act in contravention of international law, with consequences. Ireland has taken the first of many necessary steps towards ending annexation and achieving peace in Palestine, and it is now incumbent on their fellow EU Member States to answer this call for peace and justice and respond collectively with concrete measures.