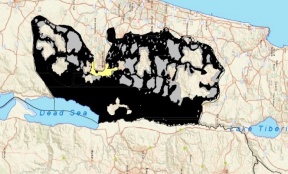 On 5 October 2020, Al-Haq sent a submission to the United Nations (UN) Special Rapporteur on the situation of human rights defenders in response to a call for input issued by the Special Rapporteur ahead of her upcoming report on the killings of human rights defenders, which will be presented at the 46th Regular Session of the Human Rights Council in March 2021. The submission focused on cases in which the Israeli occupying authorities, and government-affiliated organisations, have targeted Al-Haq and its staff members, including through conducting an organized and systematic smear campaign, incitement to racial hatred, hate speech, and death threats.

In particular, the submission highlight how Al-Haq’s work for international justice and accountability, including with regards to corporate accountability and the International Criminal Court, has been met with intimidation tactics, including arbitrary arrests, imposition of travel bans, office raids, incitement, hate speech, and death threats targeted at Al-Haq staff, including its general director, Mr. Shawan Jabarin.

In light of Israel’s culture of impunity, Al-Haq reasserts the need for states to take effective measures to address and put an end to the root causes of Israel’s widespread and systematic violations, including those with regards to human rights defenders. Overall, Al-Haq urged the Special Rapporteur to: