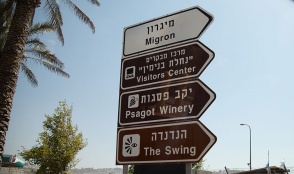 On Thursday 12 December 2019, the Control of Economic Activities (Occupied Territories) Bill 2018 passed detailed scrutiny in the Joint Committee on Foreign Affairs and Trade and Defense (hereafter the Committee). The Committee sat in a private session in Committee Room 4, with full membership present, followed by a public vote. The Bill passed through detailed scrutiny and the report on the Bill was adopted with the first eight amendments passing unanimously, while the ninth amendment proceeded to vote. The ninth amendment states:

“The Committee broadly welcomes the Bill and recommends that it proceed to Third (Committee) Stage for further review. The Committee believes it offers an important restatement of Ireland’s commitment to international law and human rights protections and to ensuring that these provisions are clearly reflected in our trade policy”.

The Committee adopted the detailed scrutiny of the Bill, in a majority vote of five votes in favour to three against, thus ensuring that the Bill moves to the final Committee for amendments before proceeding to the Lower House, Dáil Éireann for a final vote.  Niall Collins TD (Fianna Fáil), Brendan Smith (Fianna Fáil), Seán Crowe TD (Sinn Féin), Noel Grealish TD (independent) and Maureen O’Sullivan TD (independent) all voted in favour of the Bill, while Seán Barrett TD (Fine Gael), Minister for State Ciarán Cannon TD, in substitution for Simon Coveney (Fine Gael) and Kate O’Connell TD in substitution for Deputy Tony McLoughlin TD (Fine Gael) voted against.

Al-Haq extends its heartfelt thanks to all TD’s who have supported the Bill. It must be emphasized, that the Bill has overwhelming and widespread support from Palestinian civil society who have called on third States to stop trading in illegal settlement goods. Likewise, Special Rapporteur for the Occupied Palestinian Territory, Michael Lynk, in his recent October 2019 report called for “bold measures and the determination to enforce accountability,” starting with an international agreement on “a complete ban on the export of all products made in the illegal Israeli settlements in the world market.” The Bill is important in that it will apply broadly to all illegal economic settlement activities, in all situations of occupation.

Dr. Susan Power from Al-Haq was one of three experts, including Gerry Liston solicitor and legal officer for Sadaka (The Ireland Palestine Alliance) and the Global Legal Action Network, and Michael Lynn SC, invited by the Foreign Affairs Committee to submit written communications on the detailed scrutiny of the Occupied Territories Bill. Gerry Liston submitted on inter alia the ‘money message’, and Michael Lynn SC submitted on the Bill's compliance with EU law. In addition, Al-Haq submitted a substantial 31-page communication on the illegality of settlements, along with two letters annexed to the report, from the Palestinian Human Rights Organisations Council (PHROC) and Adaleh Coalition, together representing 70 Palestinian civil society organisations, pledging their full support for the Bill.

In its communication, Al-Haq, critically examined the policy and legislative context of the Bill in relation to the illegal settlements; implications and implementation of the Bill’s proposals; and a legal analysis of the Bill. Accordingly, Al-Haq argued that the Occupied Territories Bill 2018, will prevent the goods and services from companies located in illegal settlements, being imported into Irish territory. Such measures, represent a meaningful step towards cutting off a vital artery in sustaining the viability of the settlements. Likewise, the Bill will criminalise and prevent the importation into Ireland, of agricultural produce grown in illegal agricultural settlements on Palestinian lands in the occupied Jordan Valley. This will prevent settlement dates, olives, citrus fruits, figs, pomegranates, guavas, melons, watermelons, grapevines, peppers, cucumbers, onions, herbs, cherry tomatoes, eggplants, organic melons, sweet potatoes and flowers, from entering the Irish market.[1] Meanwhile, online booking platforms based in Ireland will be prohibited from providing bed and breakfast and other touristic services[2] to Israeli settlements located in the occupied West Bank.

Most of Palestine’s natural resources are located in Area C, which constitutes over 60 percent of the West Bank.[3]According to the World Bank, the land, stone and Dead Sea mineral deposits in Area C could boost the Palestinian economy by $1.7 billion each year, if Palestinians had access to them.[4] An additional $1.7 billion would follow from the subsequent construction, tourism and telecommunications booms, which would in turn reduce poverty, unemployment and dependence on foreign aid. The Occupied Territories Bill 2018, will prevent Irish citizens ordinarily resident in Ireland from exploiting the resources of the occupied territory in violation of international law, ensuring that revenues from Palestine’s natural resources are used for the benefit of the protected Palestinian population.

Al-Haq considers that the forced de-development of the Palestinian economy under Israel’s military occupation coupled with the haemorrhaging of Palestinian national resources from the territory, is detrimental to the viability of an independent Palestinian State. In an authoritative study on ‘Area C and the Future of the Palestinian Economy’, the World Bank concluded that Israel’s policies and practices in Area C, restricting Palestinian access to resources and production had cost Palestine, “some USD 3.4 billion—or 35 percent of Palestinian GDP in 2011”, and that “tapping this potential output could dramatically improve the PA’s fiscal position”.[5]

In a rapidly deteriorating environment, with continued Israeli attacks against the Gaza Strip, accelerated house demolitions, authorisations to provide for sweeping settlement expansion across the West Bank, including East Jerusalem, mass arrests and detentions, killings and the dangerous and real threat of full scale annexation, the Occupied Territories Bill provides a symbol of hope to the Palestinian people – hope for the rule of law, hope for the realisation of Palestinian human rights, hope for the creation of a viable Palestinian State and hope for the dream of justice and peace to come to be enjoyed by future generations. Accordingly, Al-Haq strongly supports the passage of the Bill into law and urges the full and continued support of the Irish State.

In particular, Al-Haq calls on Fine Gael to reconsider their position on the Bill, which is currently out of step with the wishes of the Palestinian people. Al-Haq emphasises that the road to peace can only be secured through the path of justice and the rule of law. Third States can meaningfully contribute to peace, in a manner consistent with Palestinian calls, by ensuing Israel’s compliance with international law, as per their responsibilities under the Geneva Conventions and the Draft Articles on State Responsibility, to refrain from aiding and assisting violations of international law in the occupied Palestinian territory, and to bring to an end those violations. Al-Haq urges that Fine Gael has an opportunity to engage in the construction of a concrete path to peace, through respect for the rule of law. As Israel moves to formally annex large parts of the West Bank, Al-Haq calls on Fine Gael to enact domestic measures for the protection of the Palestinian people, to protect against further settlement expansion, and for Ireland to do its part in halting the on-going war crimes and crimes against humanity committed against the Palestinian population.

Following the successful passing of the Bill by the Joint Committee on Foreign Affairs and Trade and Defense, Senator Frances Black who first introduced the Bill into the Seanad, stated: “It's been a long road, but now the Seanad, Dáil and Committee have all backed this vital Bill - no more Government stalling, time to get it passed!” Further, Niall Collins, TD (Fianna Fáil) who was instrumental in tabling the Bill in the Dáil stated: “We will be seeking to advance this Bill to full Committee Stage now as soon as possible. The ongoing breach of International Law needs to be called out, which this Bill does”.

Please find link to Al-Haq’s communication to the Foreign Affairs Committee here and to Annex 1 here and Annex 2 here.

[1]  Al-Haq, “Feasting on the Occupation” (2013) 12, available at: http://www.alhaq.org/publications/Feasting-on-the-occupation.pdf