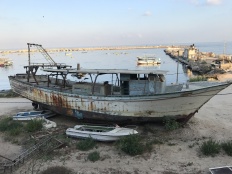 “sovereign rights for the purpose of exploring and exploiting, conserving and managing the natural resources, whether living or non-living, of the waters superjacent to the seabed and of the seabed and its subsoil, and with regard to other activities for the economic exploitation and exploration of the zone, such as the production of energy from the water, currents and winds”. 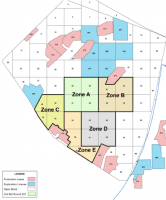 Accordingly, this call includes reference to recent gas exploration licenses that Israel has awarded to international companies for areas of the sea in Palestine’s EEZ. In July 2019, Israel in a second bidding round awarded eight exploration licenses to two consortia comprised of British companies SOCO International and Cairn Energy along with Ratio Oil Exploration – and four licenses to a consortium of the British firm, Energean Oil & Gas in partnership with Israel Opportunity.[4] The awarded licenses include areas such as Blocks 45 and 53 in Zone C, which comprise areas of Palestine’s EEZ.

Al-Haq calls on Israel to immediately revoke these exploration licenses and advises companies that they may be held liable for the war crime of pillage, should they continue operations in Palestine’s EEZ.

[1] Ministry of Foreign Affairs and Expatriates, “Declaration of the State of Palestine regarding its maritime boundaries in accordance with the United Nations Convention on Law of the Sea” https://www.un.org/Depts/los/LEGISLATIONANDTREATIES/PDFFILES/PSE_Deposit_09-2019.pdf

‘This is another milestone for the discovery and development of additional natural resources in the economic waters of the State of Israel,’ said Energy Minister Yuval Steinitz” (30 July 2019), available at: Https://www.Jpost.Com/Jpost-Tech/Twelve-Licenses-Approved-For-Gas-Oil-Exploration-Off-Israels-Coast-597156