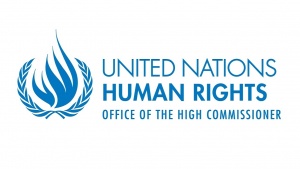 The undersigned organisations express their serious concern and disappointment that the United Nations (UN) High Commissioner for Human Rights did not transmit to the Human Rights Council, at its 42nd session, the database of all businesses engaged in listed activities related to Israel’s unlawful settlement enterprise (the Database) in the Occupied Palestinian Territory (OPT), as mandated in Human Rights Council resolution 31/36 (2016).[1] The Human Rights Council called for transmission of the data at its 34th session in March 2017.

The OHCHR’s failure so far to fulfil the mandate, explicitly stipulating the transmission of the data gathered, is of deep concern, particularly in light of consistent reports of political interference by some states in the implementation of this resolution.[2] In July 2019, during the 41st Human Rights  Council session, some 90 states, in two joint statements, emphasized the crucial importance that the High Commissioner and her Office maintain their independence and are able to execute their mandates impartially and without interference.[3] Meanwhile, civil society organisations from around the world have repeatedly called on the High Commissioner to fulfil the mandate of resolution 31/36 (2016) and release the Database, noting that it “is not only important for the protection of the rights of the Palestinian people, but also constitutes an important development in international efforts to ensure respect for international law by State and non-State actors” and “an important tool to strengthen the implementation of international law and standards, including the UN Guiding Principles on Business and Human Rights, in situations of conflict and occupation.”[4]

The High Commissioner has not provided any substantive reasons or explanations consistent with the independence of her Office for the extended delay in the fulfilment of the mandate entrusted to her. The OHCHR has had ample time to make all necessary preparations for the release of the Database, including contacting companies.[5] In order to protect and uphold the human rights of Palestinians and the integrity of OHCHR, it is imperative that the High Commissioner immediately publish and transmit the Database to the Council, including the names of all companies listed, and commit to the annual update of its contents. Otherwise, the High Commissioner should state publicly her principled grounds, consistent with the independence of her Office, for not carrying out the specific mandate entrusted to her.

Since the establishment of the Database mandate in 2016, Israel has escalated its construction of illegal settlements in the West Bank and in September approved ex-post facto the outpost settlement of Mevo’ot Yericho near Jericho in the Jordan Valley,[6] just days after Prime Minister Netanyahu vowed to annex the Jordan Valley if elected.[7] Business activity in or with settlements contributes in many ways to the growth and development of these settlements and to serious human rights abuses.[8] OHCHR’s repeated delays in releasing the Database and transmitting the data promote impunity and enable further entrenchment and expansion of illegal settlements. Transmission of the data would provide a degree of transparency over these activities and serve as a tool to assist states and businesses to uphold their obligations and responsibilities under international human rights and humanitarian law.

The Centre for Research on Multinational Corporations (SOMO)

[3] Al-Haq, ‘More than 100 Organisations Call for the Release of the UN Database of Businesses Engaged in Activities with Israeli Settlements’ (29 August 2019) http://www.alhaq.org/advocacy/14950.html

[4] Al-Haq, ‘100 Palestinian, Regional and International Organisations Call on High Commissioner for Human Rights to Publish the UN Database on Business Enterprises with Activities Related to Israeli Settlements in the OPT’ (30 November 2018) http://www.alhaq.org/advocacy/6130.html

[5] See, for example,  letter from High Commissioner for Human Rights, Zeid Ra’ad al-Hussein, to the President of the Human Rights Council, Ambassador Vojislav Šuc, on 7 August 2018, available at: https://extranet.ohchr.org/sites/hrc/PresidencyBureau/BureauRegionalGroupsCorrespondence/Corresp2014DL/180807LetterfromHCdatabase.pdf