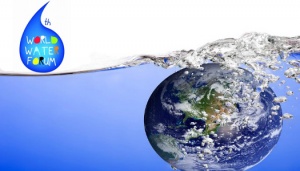 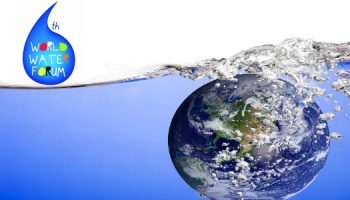 As an organisation dedicated to the promotion and protection of human rights in the Occupied Palestinian Territory (OPT), Al-Haq is pleased to announce its participation in the 2012 “World Water Forum” (12-17 March) and “Alternative Water Forum” (14-17 March) in Marseille. These forums, the former for State representatives and the latter dedicated to discussion amongst civil society organisations, focus on possible solutions to water problems at a global level.

Al-Haq’s presentation, ‘Discriminatory Access to Water in the OPT: Practices of Apartheid?’, at this afternoon’s session of the “Alternative Water Forum,” will focus on Israel’s allocation of water resources and how the problem of water scarcity for Palestinians is a direct result of Israel’s illegal water policies and practices in the OPT. These policies allow Israel to appropriate and exercise illegal sovereignty over Palestinian water sources, ensuring that a vastly discriminatory allocation of water resources benefit Israeli citizens living in Israel and those residing in settlements in the OPT, which are illegal under international law.

Such illegal practices have left more than 313,000 Palestinian without connection to a water network and at high risk of water scarcity while Israeli settlers in the West Bank, numbering 500,000, are consuming six times the amount of water used by the Palestinian population of 2.5 million. In the Gaza Strip, water represents one of those basic resources whose availability has been most affected by the illegal closures imposed by Israel since 2007 to the extent that 90-95 per cent of the available water therein is polluted and unfit for human consumption.

Al-Haq’s presentation will analyse to what extent Israel’s institutionalised policies, implemented in disregard for its legal obligations under international humanitarian and human rights law, amount to apartheid.

Al-Haq’s concerns have been recently echoed in the concluding observations of the Committee on the Elimination of Racial Discrimination, which declared itself “appalled” by Israel’s policies of “hermetic segregation” leading to apartheid.