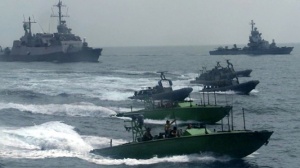 Al-Haq is pleased to announce the publication of its latest report on natural resources, “Annexing Energy: Exploiting and Preventing the Development of Oil and Gas in the Occupied Palestinian Territory”. The Report examines how Israel has systematically prevented Palestine’s development of its natural gas resources in the Gaza Maritime Zone and oil resources at Rantis in the West Bank. Israel profits substantially from preventing Palestinian development of its oil and gas resources, by forcing Palestinian dependence on Israel for its energy supply. According to the Palestinian Ministry of Economy, this has led to a situation where the Palestinian energy bill comprises “the highest contributor to Palestine’s trade deficit with Israel”.

Israel has forced a naval closure of the Gaza Strip as part of its energy security policy. The El-Arish pipeline and Mari-B gas platform are key Israeli strategic assets for its entire gas distribution network requiring stringent security measures. The Mari-B platform is located only 13 nautical miles from Gaza’s coast and the El-Arish pipeline runs across the entire Palestinian coast at 13 nautical miles connecting Ashkelon in Israel to El-Arish in Egypt. Since 2000, the year that Mari-B was first discovered, Israel has forced the closure of the Gaza Maritime Zone preventing Palestinian fishing and recreational use beyond distances of 6 nautical miles.

During this time American and Israeli gas companies have illegally exploited Palestine’s contiguous gas resources. Under customary international law joint cooperation is required for the development of joint geological resources. However, in 2012 United States corporation Noble Energy and Israeli corporation Delek Drilling, with approval from the State of Israel, rapidly exploited the Noa field from the Israeli side violating customary international law. The accelerated rate of gas production from the Noa well means that the entire resource is more than likely damaged beyond use. Commenting on the report, Shawan Jabarin, General Director of Al-Haq warned, “the exploitation and destruction of Palestinian gas resources represents a manifest violation of international law and may amount to the war crime of pillage. While the destruction of property not warranted by military necessity may amount to a grave breach of the Geneva Conventions.”

Shawan Jabarin further commented that “Egyptian, Jordanian, European and international companies seeking to purchase gas via Israel’s gas distribution network will most certainly be supporting Israel’s continued unlawful closure of the Gaza Strip and persecution of the Palestinian civilian population”. Al-Haq calls on European Union to comply with their obligations on promoting compliance with international humanitarian law and refrain from financing gas exports from Israel through the East Mediterranean Corridor, which is facilitated by massive violations of international humanitarian law.