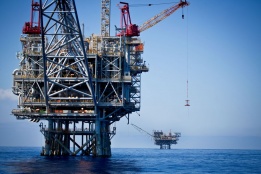 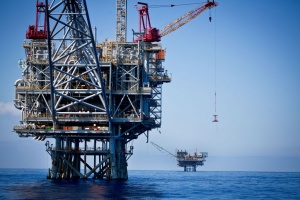 Israel is planning a licensing bid for 24 offshore exploration blocks in November 2016. Worryingly, at least 4 of these blocks border the Palestinian sea, which Israel holds by military force. In particular, many of these new exploration blocks may house contiguous geological gas resources bordering and entering into the Palestinian sea. Under customary international law, States are required to co-jointly develop contiguous gas resources. In 2011, Israel violated international law when it unilaterally exploited a contiguous gas resource in the Noa field from the Israeli side.

International companies bidding to develop Israel’s offshore gas risk becoming complicit in Israel’s continued ‘naval blockade’ of the Palestinian coast, regardless of the location of deposits deep within Israel’s exclusive economic zone. The main hallmark of Israel’s energy security is the military prevention of Palestinian access to the Mediterranean Sea. When the Mari-B field was discovered in the late 1990’s within Israel’s exclusive economic zone, Israel immediately enforced a de facto naval closure of the Gaza Sea, preventing Palestinian fishermen accessing maritime space beyond a depth of 6 nautical miles. This de facto military closure continued up until 2009, when Israel placed the closure on a permanent footing by enforcing a military blockade of the entire sea under the pretext of Operation Cast Lead. Although Operation Cast Lead ended in 2009, the military blockade closing down the entire Palestinian sea still continues today. It is well documented that the purpose of this closure is to provide energy security to Israel’s gas distribution network which houses its substantial gas storage facility only 13 nautical miles from the Gaza coast. Any Palestinian fishermen inadvertently breaching Israel’s so-called blockade are routinely arrested or shot at and killed, and their fishing vessels and equipment destroyed or confiscated.

Investment in Israel’s gas fields, effectively rubber-stamps Israel’s policy and practice of continued closure of the Palestinian sea, which during belligerent occupation constitutes a grave violation of international law. Israel’s gas export plans directly infringe Palestine’s right to self-determination and permanent sovereignty over its coastal resources. For example, Israel in its recent November 2016 licensing call to investors, has outlined plans for a gas pipeline distribution network, which runs from its Leviathan field cutting through the Palestinian sea and on towards Egypt. Notably these gas distribution plans cover parts of the sea, which Israel holds under armed conflict. According to the Director of Al-Haq, Shawan Jabarin, “any gas exportation across the Palestinian sea by international corporations seeking to develop Israeli gas fields will undoubtedly contribute to the continuance of hostilities in the Occupied Palestinian Territory”.

Despite this, the Office of the Quartet and the Netherlands, in a bid to sweeten potential gas exploration deals with Israel has sought to negotiate for gas distribution into the Gaza Strip. While this is most certainly welcome in light of the devastating power outages in the Gaza Strip, thedeal perpetuates energy dependency on Israel as the belligerent occupant. For example, the entirely of Israel Electric Company’s gas is currently supplied from Israel’s Tamar gas field. Ironically, Gaza’s military and naval forced closure is perpetuated to protect domestic gas distribution from this field. Notably, the Israel Electric Company run a number of industrial gas turbines for electricity from settlements including Atarot in occupied East Jerusalem and electricity is supplied from settlements in Hebron, Ariel and Atarot. In addition, State owned Israel Natural Gas Lines pipes gas from Tamar to the Dead Sea Works, which Al Haq has reported to profit from the pillage of dead sea minerals from the Occupied Palestinian Territory.

By forcing this sweetner to conduce business for Israel’s gas, international companies are contributing to the permanent entrenchment of Israel in the Occupied Palestinian Territory and further perpetuating the conflict.Critically, Palestine has enough gas in its Gaza Marine field to become self-sufficient.However Israel refuses to allow the development of this field. In 1999, the Palestinian Authority granted British Gas a license to exploit the Gaza Marine Field. British Gas drilled two exploratory wells and discovered commercial quantities of gas. For the last seventeen years, Israel has unilaterally blocked the development of the fields, leading British Gas to finally exit, selling off their gas portfolio in Palestine to Shell in 2014. While Israel has not exploited this gas, the deliberate prevented development of natural resources, which are already in development in occupied territory, breaches the belligerent occupant’s usufructuary obligations under Article 55 of the Hague Regulations and constitutes a violation of international humanitarian law.