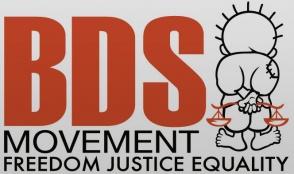 For decades, Israel has failed to uphold its duties as Occupying Power and has instead deepened its occupation and regime of colonialism and apartheid. Human rights violations rising to the level of international crimes, including unlawful killings, torture, forced transfer, and other forms of collective punishment have become the norm. Rather than uphold their responsibilities under international law and take measures to hold Israel accountable, third states have largely turned a blind eye.

Although world governments and international and regional bodies, like the United Nations and the European Union, still lack the political will to hold Israel accountable, the Boycott, Divestment, and Sanctions (BDS) movement has grown to provide an important nonviolent counter-narrative and alternative for achieving the enjoyment and exercise of freedom, dignity, and justice for Palestinians.

The 2005 BDS call, issued by Palestinian civil society, and the Palestinian BDS National Committee (BNC), which leads the global movement, both affirm that BDS is inclusive, rejects all forms of racism and discrimination, and does not target any person or entity based on their respective identity. Rather, the movement targets Israel’s occupation and oppression of Palestinians. Corporations and institutions that aid, abet, or profit from Israel’s denial of Palestinian rights also fall within the purview of the movement.

As the impact of BDS grows, so too do efforts by Israel,  its lobby groups, and supporters to vilify, smear, and attempt to criminalize the movement. Many attempt to falsely associate the nonviolent  movement with discrimination or anti-Semitism; such claims are not only baseless, but also unjustly trample on the rights to freedom of expression and protest, amongst others.

Accordingly, it has become imperative for the Palestinian Human Rights Organizations Council (PHROC) to reiterate the universality of these human rights. PHROC affirms the right of all individuals to participate in and advocate for boycott, divestment, and sanction actions, and calls on states and businesses to uphold their related legal responsibilities.