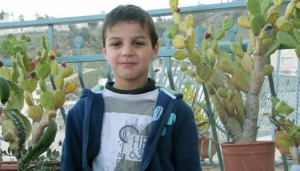 A new line was crossed by the Israeli occupying forces in East Jerusalem this week when they harassed, blindfolded and detained a six-year-old boy, with a serious illness, for seven hours. The arbitrary detention of children is a common feature of Israel’s regime in the occupied Palestinian territory; hundreds of incidents similar to those described below were documented in 2011.

On 3 January at around 4:00 pm, Israeli forces arrested and blindfolded six-year-old Muhammad as he was walking back from his dentist’s office to his home in al-‘Isawiya (Jerusalem governorate).

According to an eye-witness, who wished to remain unidentified for fear of recriminations from Israeli soldiers, three members of the Israeli Special Forces, hiding behind Muhammad’s house, ran towards Muhammad when he arrived home. They tripped him, grabbed him by the arm and forced him inside a car, which then drove to an unknown location.

Muhammad’s father, ‘Ali, was at a local clinic when he received a phone call that his son had been arrested. He first thought that it was a prank as his son is just six-years-old but soon realised that his son had actually been taken away. ’Ali picked up several medical documents stating that his son has had a disease of the nervous system since he was three-years-old and left to find his son’s location.

‘Ali later discovered that his son had been blindfolded and taken to an Israeli Police station located in East Jerusalem. He reached the police station at around 6:30 pm and demanded to see his son. ‘Ali was only allowed to see his son at 9:00 pm when Muhammad’s questioning began.

‘Ali explained to the Israeli officers that Muhammad was sick but they dismissed the medical reports he presented. During the questioning Muhammad was accused of throwing stones and was asked to give the names of others who had done the same. Mid-way through, Muhammad had a seizure during which he was unable to speak or move. The officers asked what was wrong and brought Muhammad a cup of water at the insistence of his father. The soldiers then continued with the questions despite the fact that Muhammad was mentally and physically exhausted after the seizure.

At 11:00 pm, the soldiers finally realised that Muhammad would be unable to answer any of their questions and allowed ‘Ali to take him home. They demanded that Muhammad and his father return five days later but they did not go back to the police station and are looking to find a lawyer to file charges against the Israeli officers who detained Muhammad (Al-Haq Affidavit No. 7002/2012 and Al-Haq field report on the arrest of Muhammad Dirbas). 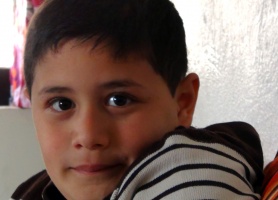 In another incident this week, also in East Jerusalem, two ten-year-old boys, ‘Uthman and Muhammad, were arrested as they were riding their bicycles home from the mini-market in Ras al-‘Amoud. They were taken by four men dressed in black who got out of a car which had stopped abruptly in front of the boys. The men threw the boys inside the car and took them to a police station in East Jerusalem.

'Uthman reported that the Israeli officers used abusive language toward him and Muhammad and would not allow them to use a bathroom. They were accused of throwing stones and forced to sign documents in Hebrew which they did not understand (Al-Haq Affidavit No. 7004/2012).