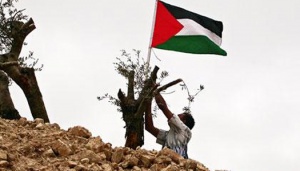 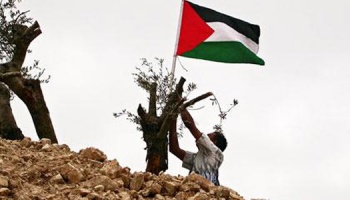 On 29 March 1976, the Israeli government announced its plan to confiscate thousands of dunums (one dunum equals 1000 m²) of Palestinian-owned lands in the Galilee for security and Jewish settlements. At the same time, the government also decided to impose a curfew on Palestinian villages in Israel. Palestinians citizens of Israel organised a general strike and protests on 30 March, as a response to the Israeli policies of appropriation of their lands. The strike took place across Palestinian towns in Israel, and protests were also held in the West Bank, Gaza Strip and Palestinian refugee camps in Lebanon. Six unarmed Palestinian citizens of Israel were killed, about one thousand were injured and hundreds of others were arrested by the Israeli authorities. Since then, 30 March has become an annual day of great significance for Palestinians all over the world.

This de facto annexation of Palestinian lands has paved the way for the illegal construction of more than 150 Israeli colonies in the Occupied Palestinian Territory, which are home to more than 500,000 settlers. These settlements cover more than 40 per cent of the West Bank, and appropriate natural resources, including water. Furthermore, settlers in the West Bank enjoy a climate of impunity, which has resulted in an escalation in both the level of violence and the frequency of attacks on Palestinians. In the past two years, the number of settler attacks against Palestinians has increased by over 144 per cent.

This lack of accountability for settler violence in the West Bank has led to the perpetuation of attacks and encouraged organised groups such as ‘Price Tag’ to act without any fear of punishment.

In the early morning of 24 March 2012, Israeli settlers from Daniel settlement uprooted about 85 olive trees belonging to Khader ‘Ali Ibrahim ‘Isa, 70 years old, whose land is located some 120 meters from the colony. Israeli settlers stole the trees that they managed to uproot and cut those that they could not. The following day, when Khader went to see the damage, he was confronted by a settler who threatened that he would destroy the rest of Khader’s trees and claimed that he would not be held accountable for the crime. Khader also recalled another incident of settler violence that he was a victim of seven years ago, when settlers removed 150 of his olive tree saplings. 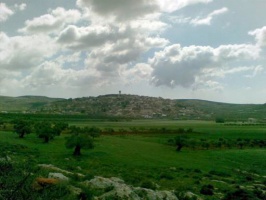 Jamal Muhammad Kan’an, 62 years old, inherited from his father 39 dunums of land located two kilometres east of Beit Dajan. On 15 March 2012, at 7:00 am, Jamal witnessed seven Israeli military jeeps accompanied by three Civil Administration vehicles, one Israel Nature and Parks Authority vehicle and one Israeli ambulance reaching his land. Some fifty Israeli soldiers left the jeeps and began to uproot olive tree saplings, which had recently been planted by Jamal after previous saplings had been destroyed by Israeli forces. Approximately 450 saplings were plundered by the soldiers who then left in the direction of the nearby Mekhora settlement. This was the third time in five years that trees belonging to Jamal were uprooted by the Israeli military.

In 2007, Jamal received an evacuation order claiming that his land is Israeli state land, despite the fact that he holds a land registration document issued by the Palestinian Authority in 2006. That same year, Israeli forces uprooted 800 olive trees. Since that time, Jamal has been subject to several attacks and intimidation by Israeli forces, which claim that the land has been confiscated and Jamal cannot plant on it.

In 2010, while working his land, Jamal found by chance another evacuation order, which included a map of his property, hanging on the branch of a tree. Later that year, an Israeli bulldozer accompanied by military personnel uprooted hundreds of trees belonging to Jamal (Al-Haq affidavit 7185/2012).