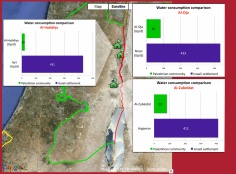 Last week, Al-Haq documented the demolition of five water wells and the damaging of a water cistern in Kufr Dan village, Jenin. According to Al-Haq’s records, the Israeli authorities destroyed more than 32 water structures between January and October 2012. 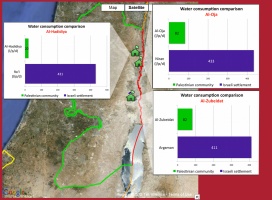 There is no shortage of water resources in the Occupied Palestinian Territory (OPT). However, 90 per cent of all underground and surface water resources in the OPT are under exclusive Israeli control. The Israeli water regime currently applied in the West Bank results in a blatantly unequal allocation of water for the sole benefit of the settler population. Accordingly, Palestinians in the West Bank have access to an average of 73 litres per capita daily (lpcd), well-below the World Health Organization’s (WHO) recommended minimum of 100 liters per capita daily (lpcd) for domestic purposes. In stark contrast, some Israeli settlers living in the Jordan Valley enjoy more than 400 lpcd.

‘Umar Saleh ‘Abed (43 years old), owns 150 dunums of agricultural land (approximately 150,000 m²) in Kufr Dan village (Jenin governorate), where he resides. In 2000, ‘Umar drilled an artesian water well which cost around 25,000 Jordanian Dinars (approximately USD 35,200). ‘Umar relied on the water supplied by the well for agricultural and domestic purposes and employed 13 Palestinians on his land.

On 24 October, at approximately 6:00 am, ‘Umar received a phone call from a farmer to alert him of the presence of an Israeli patrol on his land and of the fact that a bulldozer was destroying the water well. ‘Umar rushed to the site and found an Israeli military force comprised of more than a dozen military jeeps, a yellow bulldozer and a white jeep belonging to the Israeli Water Authority.

When ‘Umar approached one of the soldiers and asked for an explanation for the demolition of his well, the soldier began beating ‘Umar with a baton, striking him on his right hand and shoulder, and ordering him not to approach the Israeli military. As a consequence of the well’s demolition, ‘Umar’s livelihood and ability to provide for his family will be dramatically impacted. (Al-Haq Affidavit No. 7800/2012) 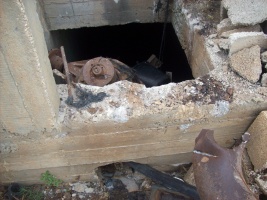 In addition, on the same day an Israeli army bulldozer damaged a rainwater harvesting cistern belonging to Mahmoud Mustafa ‘Arqawi, a resident of Jenin. The water cistern had been built ten years ago and funded by the Palestinian Agricultural Relief Committee (PARC).

Each of these demolitions was carried out under the pretext of lack of building licenses from the Israeli authorities and the wells' owners were accused of stealing water. All of the demolitions were carried out without any prior notice for the owners.

Al-Haq condemns the discriminatory Israeli water policies resulting in the violation of the Palestinian people’s right to water, which is pivotal to the enjoyment of several other rights, such as the right to life, adequate food and housing, to work and health.