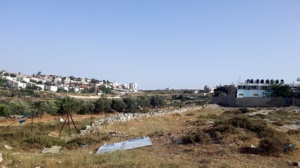 In the past week, Al-Haq documented the case of a 13-year-old Palestinian child, ‘Ata Muhammad Sabbah, shot by an Israeli soldier with a live bullet. The incident took place in the vicinity of the UNRWA school located close to al-Jalazoun refugee camp, Ramallah. After he was hit, ‘Ata fell to the ground before being rescued by other Palestinians who were present at the scene of the incident. 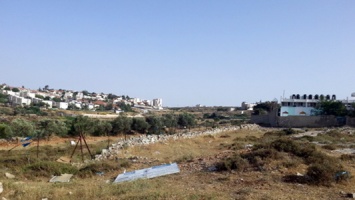 On 21 May at approximately 4:00 pm, confrontations took place between Palestinian youths and Israeli soldiers in the area surrounding the UNRWA school close to al-Jalazoun refugee camp. The main entrance of the school is located on the Nablus road (connecting Ramallah to Nablus). Behind the school, approximately 400 metres away, a metallic fence marks the border of the security area around the Israeli settlement of ‘Beit El.’

During the confrontations, youths threw stones and Israeli soldiers fired tear gas, sound bombs, rubber coated metal bullets and live ammunition. M., a child who witnessed the confrontations, noticed that two soldiers were standing by the northern wall of the UNRWA school, approximately 30 metres away. The eye witness also spotted a number of soldiers hiding behind some olive trees, approximately 20 metres away from the two soldiers standing by the wall. One of the two soldiers next to the wall had a black bag in his hand. M. believes that the soldier was carrying ‘Ata Muhammad Sabbah’s bag, which had been taken away by an Israeli soldier during confrontations the previous day.

The eye witness recalls that ‘Ata was standing some 20 metres from the two soldiers by the wall of the school when one of them beckoned ‘Ata to advance towards him while gesturing to the bag in his hand. M. believes that ‘Ata was scared, namely because he made one step forward and then immediately stopped, after other Palestinian youths warned him that the soldiers would shoot at him. The soldier carrying the bag then threw it roughly ten metres in ‘Ata’s direction before retreating approximately five metres back. ‘Ata then began advancing towards the bag and, at that precise moment, was shot by one of the two soldiers. M. recalls that ‘Ata took a few steps before falling to the ground on his front. Shortly afterwards, M. saw the soldiers withdrawing from the area.

The eye witness advanced towards ‘Ata and with the help of two other youths managed to take him to the main road. M. remembers that ‘Ata’s t-shirt was covered in blood and that the injured child was still conscious at that point as he took M.’s arm.

Al-Haq expresses its utmost concern at the shooting of 13-year-old ‘Ata. As the Occupying Power, Israel must comply with its obligations under international humanitarian and human rights law. Al-Haq stresses that special protection must be afforded to children and their rights must be respected under all circumstances. In particular, when clashes take place in the vicinity of a school, as occurred in the incident described above, Israeli soldiers must take all appropriate measures to reduce any injury to children and are prohibited from directly targeting them as any other civilian.

Furthermore, in a situation of military occupation characterised by a lack of hostilities, the rules governing the use of force are to be drawn from international human rights law. Accordingly, the Israeli military must respect the right to life of civilians in the Occupied Palestinian Territory (OPT) at all times. The use of lethal force by the Israeli army may be only justified in self-defence against imminent threat of death or serious injury or to defend someone else from the imminent risk of death.

In light of the above, Al-Haq firmly condemns the direct targeting of ‘Ata and emphasises that such an act is prohibited under international humanitarian law, as it amounts to wilful killing, and under international human rights law, as it constitutes a violation of the right to life. Al-Haq calls for immediate, transparent and impartial investigations with a view to prosecuting those responsible for ‘Ata’s injuries. Additionally, Israel must provide for full reparation to the victim.