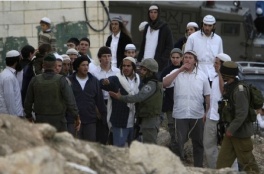 In the past week, Al-Haq field researchers documented incidents of continued attacks by Israeli forces and settlers against Palestinian civilians across cities in the West Bank. Israel has committed human rights violations through the indiscriminate killing and mass arrest of Palestinians, as well as blanket home raids and punitive house demolitions. At the same time, it has granted de facto impunity for Israeli settlers who engage in violence towards Palestinian civilians and their property. According to Al-Haq field documentation, between 30 June – 6 July, approximately 79 Palestinians were arrested, including a member of the Palestinian Legislative Council (PLC), from the districts of Jenin, Tulkarem, Nablus, Qalqiliyya, Salfit, Hebron, Bethlehem and Ramallah.

In this context, following the abduction and killing of Muhammad Abu Khdeir by Israeli settlers, ongoing stone-throwing has broken out against Israeli soldiers in several neighbourhoods in Jerusalem, particularly in Shu’fat. Israeli forces have retaliated heavily by firing tear gas, sound canisters, and rubber bullets. Hundreds of injuries were reported including some sustained by journalists. Many young Palestinians were arrested during these clashes in Jerusalem.

Israel has continued its policy of raiding Palestinian cities in the West Bank. Jenin refugee camp was raided many times; houses were ransacked and arrests were conducted several times. On 1 July, while Israeli forces were conducting arrests in the camp, 19-year-old Yousef Ibrahim Abu Gharra was shot dead in al-Hawashin area. Israeli forces shot him in the chest from a 45-metre distance with several bullets. At that time, Yousef was heading home carrying a box of eggs and was not taking part in clashes.

Israeli forces raided the city of Nablus, the villages of ‘Aqraba, Til, Qaryut and Madama, and the refugee camps of Balata, ‘Askar and al-‘Ain. During these raids, they arrested approximately 16 Palestinians, many of whom are Hamas affiliates. In al-‘Ain refugee camp, Israeli forces raided the house of Ahmad Ali Ahmad, a PLC member representing Hamas. His family members were informed by an Israeli officer that Ahmad has to turn himself in to the Israeli forces or else the house raids will continue, and he will be killed. In another incident in Nablus, Israeli forces broke into Nablus Technical Company, situated in the centre of the city and confiscated three computers.

On 3 July, Israeli forces raided a residence in Beit Ummar, Hebron, and fired tear gas and sound canisters into the house’s premises. Israeli forces also severely beat two of the residents – a mother and her 20-year-old son. Elsewhere, Israeli forces bombed two houses in the northern part of Hebron city. The houses belong to Sa’di al-Qawasme and Omar Abu ‘Eisha whose sons, Marwan al-Qawasme and ‘Amer Abu ‘Eisha, are accused of standing behind the disappearance of the three settlers on 12 June 2014. Another residence, which housed eight people, including four children, was bombed in ‘Ithna town, west of Hebron. The family had received a notice from the Israeli authorities on 23 June 2014, stating that the house will be demolished for security reasons. The owner of the house, Ziyad Hassan ‘Awwad and his 19-year-old son were arrested on 7 May 2014 and accused of killing an Israeli police officer.

Israeli settler attacks against Palestinian civilians and their property have escalated in the past week. The attacks include throwing stones at Palestinian vehicles on the roads in the West Bank, running over and kidnapping children, and attacking and beating Palestinian civilians. On 30 June, an Israeli settler ran over a nine year old child, Sanabel al-Tus, from al-Jab’aa village, south west of Bethlehem. The child suffered fractures in the hips and left thigh and required four stitches in the head. In another incident, a 28-year-old man was run over by settlers in Hebron city.

In the morning of 30 June, two settlers attempted to kidnap nine year old Musa Zalloum in the neighbourhood of Shu’fat, north of Occupied Jerusalem. Musa was with his mother, Dima Majed Zalloum, and siblings walking on the main street. Dima heard Musa scream and saw a settler capturing Musa, strangling him and attempting to put him in a car. In an attempt to free her son from the settlers, Dima beat the settler with her cell phone. The two settlers beat her on the head and chest. People passing by on the street interfered and were able to save the child while the settlers escaped. On the same day, a group of settlers attempted to attack a Palestinian worker in the settlement of Ramat Shlomo in Jerusalem. On 3 July, Riyad Kiswani was attacked by a group of settlers while on his way to his work place in Jerusalem. The settlers verbally assaulted him by calling him “a filthy Arab” and chanting “death to the Arabs”. They attempted to run him over with their car. Riyad managed to escape but sustained several injuries and was transferred to hospital for treatment.

On the morning of 2 July, a group of Israeli settlers broke into the Karkas area in the southern part of the of ‘Aqraba village, south east of Nablus. They set the animal houses on fire and left anti-Arab slogans on the walls. On 4 July, a settler attempted to run over 18-year-old ‘Ala’ ‘Ebayyat while he was on his way to his home in Kissan village, east of Bethlehem. The settler, who was driving a car, followed ‘Ala’ who was riding a bike. ‘Ala’ managed to escape the settler but fell into a ditch, lost consciousness and sustained bruises.

Furthermore, on 1 and 3 July, settlers set up outposts on Palestinian-owned lands in Thaghret al-‘Abed and Surif in Hebron. Clashes erupted between the settlers and residents of Surif. The next day, settlers attacked Yousef Subh Ghneimat, beat him with a meal rod and then threw him off of a three metre high wall.

On 8 July, the Israeli army announced and launched “Operation Protective Edge” targeting the Gaza Strip. However, the Gaza Strip was also subjected to Israeli missiles and attacks during the previous week before the operation was announced. According to Al-Haq documentation, on 1 July, Israeli aircrafts fired more than 24 missiles at different militant locations in the following areas: west of Rafah, west of Khan Younis, south west of Khan Younis and south of the Strip. On 3 July, Israeli F16 aircrafts fired two missiles at a farm in Beit Lahia in North Gaza. In addition to material losses, five people were injured including a child. In another incident, Israeli forces located at the buffer zone near the al-Masdar village, in the centre of the Strip, shot Abd al-‘Aziz Abu Mandil while farming on his land which is approximately 300 metres away from the buffer zone. Abd al-‘Aziz was shot in the stomach and is now paraplegic.