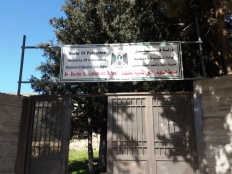 In 2013 and 2014, Al-Haq documented 12 incidents of disruption of  Palestinian schools in the occupied West Bank, with Israel obstructing and restricting the right to education for Palestinian children. These incidents include school raids by Israeli Occupying Forces (IOF), settler harassment and violence, confiscation of school property, as well as the demolition of a school's fence. In addition to the incidents at schools themselves, Palestinian children's education is negatively influenced by Israel's policies of arrest and detention of children, restrictions on movement, house demolitions and the resulting displacement of families, and extensive damage to infrastructure, particularly educational facilities in the Gaza Strip. In 2013, there were 59 incidents of violence documented in the Occupied Palestinian Territory (OPT) that resulted in the damage of educational facilities by Israel and the disruption of schooling, affecting 12,000 Palestinian children.[1] 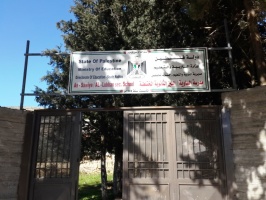 Israel’s attacks on schools and school children raise serious issues under international law. Under international humanitarian law, children, along with other members of the population, who are “taking no active part in the hostilities” are considered protected persons. The Fourth Geneva Convention states that children and young people should be ensured an education and allowed to attend schools. Further, the targeting of schools, due to their status as civilian objects, in the absence of military necessity may constitute a war crime and a grave breach of the Fourth Geneva Convention. Children, as a vulnerable population, are also of particular concern under international human rights law. The Convention on the Rights of the Child underscores the duties of a state present under international humanitarian law, and that States parties should take measures “to ensure protection and care of children who are affected by an armed conflict. The Convention also stipulates that every child is entitled to education under Article 28, and, in Article 37 affirms that the arrest and detention of children should be a measure of law resort.