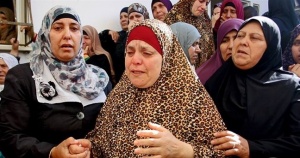 According to information and evidence collected from the field, Al-Haq maintains that Muhammad Bassam 'Amasha, 25, and Anas Ibrahim Taha, 21, did not pose an imminent threat to the Israeli soldiers' lives at the time of their killing.

Jihad Khalil Hamayel, the paramedic who arrived to the scene to provide medical aid, asserts that he did not see a knife or any other weapon at the premise.

The next day, Israeli forces broke into and searched the 'Amasha's home in Kafr Ra'ee, Jenin. The forces interrogated Muhammad's father and uncle. One of the officers told the father that Muhammad was carrying a knife at the Za'tara checkpoint and that he  attempted to stab a soldier. The officer also said that there are pictures showing Muhammad with a knife at the checkpoint. However, when Muhammad's father asked to see these pictures, the officer did not respond.

Another witness, Abdallah 'Awad 'Edeili, asserts that the soldiers shot at Muhammad from a distance before approaching him. In contrast, Israel claims that the soldiers at the checkpoint approached Muhammad and only shot him after he tried to attack them with a knife. It is likely that surveillance cameras near the located near where the incident took place recorded Muhammad’s killing. However, no videos have been released.

In a separate incident, on Sunday 9 August 2015 at approximately 8:00 pm, Anas stabbed an Israeli settler using a knife at Al-Khawaja gas station located at the 443 Road near Kharbatha Al-Mesbah, Ramallah. The settler fled after being injured.

According to Ali Nuzhi Al-Khawaja, an employee at the station, Anas remained at the gas station after stabbing the settler. Shortly after, two Israeli soldiers arrived from a nearby checkpoint and spoke to some workers in the restaurant attached to the station then left. Anas was still on the premises at the time, and he did not commit any other violent  acts.

An Israeli military vehicle arrived to the scene later. The soldiers in the vehicle spoke to the restaurant's employees who pointed out Anas. The soldiers immediately stepped out of their vehicle and screamed at Anas in Hebrew. Anas, who was approximately 30 metres away from the soldiers, was squatting, holding the knife pointed towards the sky. Two soldiers shot two bullets in the air then a third soldier shot about five bullets in the direction of Anas. Notably, Anas remained in the same position during the warning shots and when bullets were shot in his direction. Israeli soldiers claim to have shot Anas to prevent him from escaping. According to the owner of the gas station, the soldiers confiscated the recording device from the gas station following the incident.

Basic Principles on the Use of Force and Firearms by Law Enforcement Officials, Adopted by the Eighth United Nations Congress on the Prevention of Crime and the Treatment of Offenders, Havana, Cuba, 27 August to 7 September 1990, http://www.ohchr.org/EN/ProfessionalInterest/Pages/UseOfForceAndFirearms.aspx