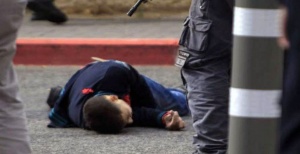 Since October 2015, Israel has escalated its human rights violations against Palestinians in the Occupied Palestinian Territory (OPT), including through collective punishment measures and excessive use of force. The Israeli Occupying Forces (IOF) continue to disregard Palestinians' right to life through a shoot-to-kill policy. As of 9 March 2016, 182 Palestinians, including 44 children, were killed by the IOF and settlers since October 2015. Of the 182, at least 113 were killed for allegedly carrying out attacks. While many of these cases appear to amount to unlawful and extrajudicial killings, very few of them have been investigated. Further, the Israeli authorities have reinstated the practice of holding bodies of those killed as a mean of punishing their families.[1]

On 26 December 2015, Mus'ab Mahmoud Al-Ghazali, 26, was shot and killed by the IOF in Bab Al-Jadid (New Gate), Jerusalem, after he allegedly attempted to stab an Israeli soldier. At an early age, Mus'ab was diagnosed with an intellectual development disorder. Mus'ab also had physical problems, causing him difficulty in walking. That morning, Mus'ab left his house at 8:00 am to go to his uncle's workshop and to collect empty plastic bottles, as he usually does. Approximately an hour later, the family received a phone call from the Israeli Intelligence asking Mus'ab's father and his cousin to go to the interrogation centre in Jerusalem. They were questioned about Mus'ab's affiliation and about his actions before leaving the house that morning. The father confirmed that Mus'ab was a special-needs young man and that there was no way he would stab someone. Later that day, the IOF raided Al-Ghazali residence in Ras Al-'Amoud, Jerusalem, and searched through it. The father and four of Mus'ab's brothers were summoned for interrogation again by the Intelligence later that day. (Al-Haq Affidavit No. 11389/2015)

An anonymous witness stated that he had been passing by before the shooting and saw Mus'ab sitting on a bench near Bab Al-Jadid. Within seconds, he saw two Israeli policemen on horseback going towards Mus'ab who had his hands up and seemed frightened. His palms were open and the witness claims that they were empty. Suddenly, the two policemen shot Mus'ab and he fell to the ground on his knees. The two policemen stepped down from their horses and came closer to Mus'ab and continued to shoot him with 4-5 bullets. Mus'ab then fell to the ground.

After he was killed, the Israeli authorities withheld Mus'ab's body for 65 days. The family was eager to receive the body and bury Mus'ab in dignity and find closure. On 7 February 2016, the families of Mus’ab and Ahmad Abu Sha’ban (who was killed by the IOF in October 2015) were summoned by the Israeli Intelligence to discuss conditions and terms for release of the bodies. The conditions were as follows: only 50 people would participate in the funeral from each family; a 20,000 shekel deposit was required from each family that was non-refundable in case any problems occurred during the funeral; the bodies would be delivered at Bab Al-Asbat (Herods Gate) in Jerusalem, and had to be immediately buried. Since Mus'ab's body was frozen while being held, the family asked that the body be removed from refrigeration 12 hours before the delivery. The Intelligence agreed and said that both bodies would be released four days later. However, the delivery of the bodies was delayed for no reason. Almost a week later, Ahmad's body was delivered to his family, but Israel continued to withhold Mus'ab's body.

On 29 February, the family was summoned to the police station in Jerusalem to discuss new burial conditions, including: only 30 family members could participate in the funeral with the names submitted to the police and no cell phones or cameras were allowed in the cemetery. The family did as ordered. That night at approximately 11:00 pm, the participating members of the family were called to the cemetery. The IOF inspected their names and body searched them twice. When Mus'ab's body was released, the family was shocked to see his body still frozen, with bullet holes in his chest and right side. The family then buried Mus'ab in the dark. (Al-Haq Affidavit No. 145/2016)

The case of Mus'ab Al-Ghazali is emblematic of Israel’s occupation generally and to the situation since October 2015 in particular. Israel regularly uses excessive force against Palestinians, often killing or seriously injuring individuals when lesser actions could be taken. Israel’s unlawful killing of Palestinians violates the United Nations Basic Principles on the Use of Force and Firearms by Law Enforcement Officials, which states that “intentional lethal use of firearms may only be made when strictly unavoidable in order to protect life". As such, law enforcement officers must apply non-violent means before resorting to force and firearms. As Occupying Power, Israel is obliged to uphold these restrictions on the use of force and firearms and preserve and respect Palestinian right to life.

Al-Haq highlights that there are numerous cases of Palestinians killed since October 2015 who did not pose an imminent threat to the lives of the soldiers at the time of killing. According to the witness statement, Mus’ab’s family's account, and given Mus'ab's condition, it is highly unlikely that he had intended to carry out an attack or posed imminent threat to the soldiers. In light of this, Israel must ensure prompt, impartial, independent, effective, and transparent investigations into the killing of Palestinians and hold all perpetrators accountable. Further, due to Israel’s continued failure to carry out such investigations and respect the right to life of Palestinians, the international community must take effective measures to ensure the protection of the occupied Palestinian population.

The practice of withholding the bodies of the deceased violates international humanitarian and human rights law. According to the Geneva Conventions and Additional Protocol I, Israel has an obligation to return the remains of the deceased. This includes collecting, evacuating and burying the deceased. Additionally, under customary international humanitarian law parties of armed conflict must respect the dead.[2] The burial conditions imposed on families obstruct the possibility of conducting investigations of the killing circumstances.

[1] Special Focus: Holding the Bodies of Deceased Palestinians by Israel, http://www.alhaq.org/documentation/field-updates-2015/989-special-focus-holding-the-bodies-of-deceased-palestinians-by-israel
[2] Rule 115 of the Disposal of the Dead, https://www.icrc.org/customary-ihl/eng/docs/v1_rul_rule115
Related Subjects
Over 280 ESCR-Net Members Call for Stronger Treaty to Regulate Corporate Activities
Al-Haq’s Engagement with the UN Committee on Economic, Social and Cultural Rights for Israel’s Fourth Periodic Review
Al-Haq Welcomes Launch of World Health Organization Report on the Right to Health in the Occupied Palestinian Territory