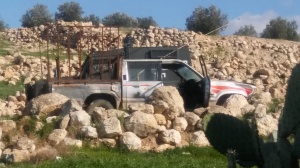 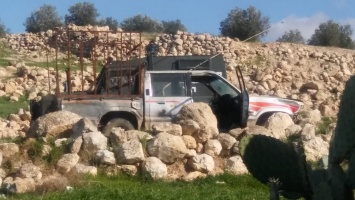 During the reporting period of 11 to 14 December 2018, the IOF killed six Palestinian civilians, including a child, in the OPT, arbitrarily depriving them of their right to life. Al-Haq notes that this figure does not include Saleh Barghouthi, given that no proof of his fate or whereabouts has been provided by the IOF since his enforced disappearance on 12 December 2018. The cases presented in this special focus illustrate the IOF’s persistent resort to excessive and disproportionate lethal force against Palestinian civilians, through the use of live ammunition, amongst other lethal and non-lethal weapons. Such conduct violates the UN Code of Conduct for Law Enforcement Officials, which states that “law enforcement officials may use force only when strictly necessary and to the extent required for the performance of their duty.”[1]

To read the cases in this special focus, please click here.

Excessive Use of Force and the Right to Life

The killings resulting from the IOF’s excessive use of force, as discussed in this special focus, not only amount to arbitrary deprivations of Palestinians’ right to life, but also violate international human rights law provisions on the respect for the right to security of person and to dignity, applicable in the OPT.

Notably, Omar Awwad, Mahmoud Nakhleh, Hamdan Al-Ardah, and the four-year-old Ahmad Abu Abed, were all unarmed civilians, killed as a result of the IOF’s excessive and unnecessary use of lethal force against them. Their killings violate Article 6(1) of the International Covenant on Civil and Political Rights (ICCPR), protecting the right to life. They also violate the UN Code of Conduct for Law Enforcement Officials,[2] as well as the Basic Principles on the Use of Force and Firearms by Law Enforcement Officials, which provides that “[l]aw enforcement officials shall not use firearms against persons except in self-defence or defence of others against the imminent threat of death or serious injury… and only when less extreme means are insufficient to achieve these objectives.”[3]

Meanwhile, the killing of four-year-old Ahmad Abu Abed reflects the IOF’s indiscriminate attacks against protected Palestinian civilians, including children, and the use of unnecessary and excessive lethal force to suppress peaceful protests and assemblies, especially in the occupied Gaza Strip since 30 March 2018.[4] Ahmad’s killing amounts to an arbitrary deprivation of his right to life, in violation of Article 6(1) of the ICCPR, while it further violates Article 38 of the Convention on the Rights of the Child (CRC), which requires special respect and protection for children in times of armed conflict.[5]

The denial of access to medical assistance for those injured violates the Basic Principles on the Use of Force and Firearms by Law Enforcement Officials, according to which medical assistance must be provided to injured individuals “at the earliest possible moment”.[6] In the case of Omar Awwad, the IOF left Omar to bleed to death, not allowing anyone to reach the scene, including the ambulance, which arrived half an hour later. In the case of Mahmoud Nakhleh, the IOF dragged him and threw him to the ground, injured, and left him to bleed. The IOF’s conduct in both cases illustrates a failure to provide injured Palestinians with medical assistance, violating the right to health of the protected Palestinian population, encompassing timely access to healthcare and medical assistance, in accordance with Article 12 of the International Covenant on Economic, Social and Cultural Rights (ICESCR).[7]

The disregard for both Omar and Mahmoud’s lives, including through failure to provide them with medical assistance, amounts to an arbitrary deprivation of their right to life under Article 6(1) of the ICCPR and further violates Israel’s obligation, as Occupying Power, to ensure the respect for the right of the occupied Palestinian population to the highest attainable standard of physical and mental health.[8] Al-Haq stresses that Israel’s conduct towards Mahmoud Nakhleh further amounts to cruel, inhuman, or degrading treatment, in violation of Article 16(1) of the Convention against Torture and Other Cruel, Inhuman or Degrading Treatment or Punishment (CAT)[9] and Article 7 of the ICCPR.

Al-Haq recalls that collective punishment violates Article 33 of the Fourth Geneva Convention. In 2016, the UN Secretary-General has confirmed that, “[i]n addition to amounting to collective punishment, the withholding of bodies is inconsistent with Israel’s obligations as an occupying Power pursuant to the Fourth Geneva Convention (Articles 27 and 30), and violates the prohibition of torture and ill-treatment.”[10]

As of the time of writing, Hamdan Al-Ardah and Ashraf Na’alwa’s bodies continue to be withheld by the Israeli authorities, while Saleh Barghouthi has been subjected to an enforced disappearance, denying their families the right to know the truth. The withholding of the bodies of Palestinians killed by the IOF, denies their families the right to bury the deceased in dignity and in accordance with their traditions, while it also impedes any possibility of investigating the circumstances in which they were killing, including the performance of an autopsy, should the family wish to do so.[11] As such, the practice of withholding Palestinians’ bodies violates the prohibition on ill-treatment under Article 7 of the ICCPR and Article 16(1) of CAT.[12] Al-Haq further notes that extensive destruction of property not justified by military necessity and carried out unlawfully and wantonly, including as a result of punitive house demolitions, amounts to a war crime under the Rome Statute of the International Criminal Court, giving rise to individual criminal responsibility.[13]

Overall, the IOF’s raids on Ramallah and Al-Bireh, and the closures imposed during the reporting period, during which the IOF were searching for an alleged Palestinian suspect, restricted Palestinians’ freedom of movement and amount to unlawful collective punishment against the protected civilian population, in breach of the rules of customary international humanitarian law, including Article 50 of the 1907 Hague Regulations, according to which “[n]o general penalty, pecuniary or otherwise, shall be inflicted upon the population on account of the acts of individuals for which they cannot be regarded as jointly and severally responsible.”[14]

The Right to Fair Trial and to Standards of Due Process

Al-Haq recalls that Ashraf Na’alwa was allegedly accused of carrying out an attack, during which two Israeli settlers were killed on 7 October 2018. The IOF pursued Ashraf for over two months, and then targeted him with lethal force when they found him on 13 December. Ashraf was killed in the complete absence of due process, violating his right to be presumed innocent and to a fair trial, and breaching the standards set forth under Article 14 of the ICCPR. The killing of Ashraf Na’alwa amounts to an arbitrary deprivation of his right to life, in violation of Article 6(1) of the ICCPR. Given the targeted nature of Ashraf’s killing, it may further amount to wilful killing, punishable as a war crime under Article 8(2)(a)(i) of the Rome Statute of the International Criminal Court, and giving rise to individual criminal responsibility.

In light of the above, Al-Haq calls on Israel to comply with its obligations towards the protected Palestinian population, especially when resorting to the use of force and firearms against Palestinian civilians. Israel must carry out genuine, transparent, and public investigations into the killings outlined in this special focus, in addition to others committed over the years. Al-Haq notes that the incidents in this focus may fall within the purview of the Commission of Inquiry established by the UN Human Rights Council on 18 May 2018 to investigate violations and suspected crimes committed in the OPT since 30 March 2018.

[3] Principle 9, UN Basic Principles on the Use of Force and Firearms by Law Enforcement Officials (1990).

[4] Israel’s suppression of protests violates Palestinians’ right to freedom of peaceful assembly, as enshrined in Article 21 of the ICCPR.

[6] Principle 5(c), UN Basic Principles on the Use of Force and Firearms by Law Enforcement Officials (1990).

[9]Article 16(1), Convention against Torture and Other Cruel, Inhuman or Degrading Treatment or Punishment (1984).