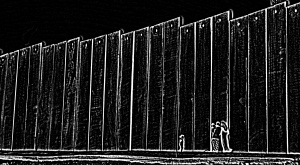 It seems fitting that the so-called ‘Deal of the Century’ coincides with the final year of the Third International Decade for the Eradication of Colonialism, which calls on UN Member States to intensify their efforts in pursuit of the eradication of colonialism. Not surprisingly, both the US and Israel are opposed to this initiative, with the UK completing the Axis of Empire. Meanwhile Trump’s proposal calls on other states to do the exact opposite and endorse Israel’s colonization of occupied Palestinian territory as means for achieving peace and prosperity.

In reality, this proposal seeks to undermine the developments in international law over the last century such as the right to self-determination, the prohibitions on the acquisition of territory and colonialism in general; by attempting to reintroduce a 19th Century tactic of colonialism known as suzerainty. Suzerainty is the condition of ‘a sovereign or a state having supremacy over another state which possesses its own ruler or government but cannot act as an independent power’. An example of this method of colonialism exists in the history of the British Empire during the course of its colonization of India and the creation of Princely States, which remained subject to British Imperial rule.

If we have learned anything from history, it is that no matter how creative one may be in the Art of Colonization, the pursuit of freedom and justice can never be suppressed, while attempts to appease imperial ambitions at the expense of others will only lead to broader conflict. This proposal not only shows a complete disregard for history but the advancements in the rule of law as well. If we want to continue to progress in the spirit of the UN Charter, we must not repeat the mistakes of the past.

Any expectation that the Palestinian people would capitulate in their aspirations towards the full realization of the right to self-determination, while accepting a state in name only, that is void of any equitable economic absorptive capacity and being subjugated to the role of a labor pool for Israeli and foreign enterprise exploiting their natural resources, is beyond absurd. No amount of short-term pacification bribe can cloud the rule of law and the long-term impacts of its disregard, no matter how many Arab states or even individual Palestinians, may be blinded by temptation.

The current proposal puts the development of international law at a crossroads. How the international community treats the proposal in dealing with the question of Palestine will be seen as either the point where the rule of law-based system was preserved or where it began to unravel. At the same time, the International Criminal Court can play in important role in the preservation of the rule of law by ensuring the avenue for justice and accountability remains open to all regardless of balance of power. Now more than ever, the ICC must not lose sight of the fact that the Situation in Palestine is more than a collection of individual crimes committed in isolation, but a widespread and systematic policy of criminal activity committed through colonial means in pursuit of imperial aspirations.

The author can be reached directly at [email protected].