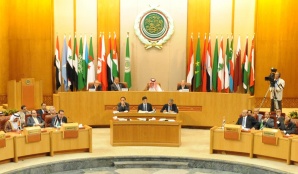 Re: Ministerial Council meeting and the adoption of the draft Statute of the Arab Court of Human Rights

The undersigned organizations, working for the protection and promotion of human rights internationally and within the member States of the League of Arab States (LAS), write to express our concern at the prospect of the impending adoption of a draft Statute for an Arab Court of Human Rights (the Arab Court).  We understand, based on an announcement of the Secretary General of the LAS, Nabil Al-Arabi, in May 2014, that at the next session of the Ministerial Council of the LAS, scheduled to take place from 3 to 8 September 2014, LAS Member States intend to take a decision on the adoption of a draft Statute of the proposed Arab Court.

As you are aware, the proposed Statute was drafted by an expert committee appointed by the LAS Secretariat. Neither the identities of the expert members nor the working methods of the committee were publicized. The entirety of the drafting process, including the committee’s meetings, was opaque and conducted behind closed doors, thus contravening basic principles of inclusive participation and transparency. Despite their repeated requests, civil society organizations and other stakeholders were not given the opportunity to provide their general input or to comment on the existing or any earlier drafts of the proposed Statute. Civil society organizations were finally invited by the Bahrain Human Rights Institution to a conference on the Court from 25 to 26 May 2014 in Bahrain, but the LAS Secretary General announced at the time that the expert committee had finalized its work and draft.

While our organizations welcome, in principle, the idea of establishing an Arab Court of Human Rights, we are deeply concerned that the draft Statute as it stands now will not be able to serve its intended purpose of providing justice for victims of human rights violations. The text does not appropriately incorporate international standards and practice. We therefore urge your government to ensure that certain provisions of the draft are amended prior to any adoption of the Statute, particularly those relating to the independence of the Court and its judges, the jurisdiction of the Court, access to the Court and admissibility of cases.

The independence and impartiality of the Court and its judges (articles 6, 7, 8 and 15)[1]

The draft Statute should be amended and strengthened so as to ensure that the judges on the Arab Court have a high level of expertise, integrity, and independence. To this end, the nomination of candidates and election of judges should be based on transparent and non-discriminatory procedures that protect against undue, inappropriate or unwarranted interference from any source. Nomination and appointment decisions should take full account of appropriate personal and legal qualifications, gender balance, and a fair representation of different legal systems. Judges should sit in their individual capacity, not as representatives of their home State, and serve for a single, lengthy term with a guaranteed tenure. Furthermore, the draft Statute does not provide for clear criteria and procedures for the removal of judges. We recall that existing international standards affirm that judges should only be subject to suspension or removal from office for reasons of incapacity or behaviour that renders them unfit to discharge their duties, following an appropriate procedure, established in advance, and that guarantees the rights of the concerned judge to a fair hearing incorporating all due process guarantees. These standards, particularly the UN Basic Principles on the Independence of the Judiciary, should be incorporated in all rules and procedures relating to the independence of the Court and its judges.

The primary purpose of the Court is to provide an effective judicial remedy for violations of the Arab Charter of Human Rights (the Arab Charter).  The subject matter jurisdiction of the court should primarily, if not exclusively, be restricted to that instrument. However, our organizations consider that the Arab Charter itself should be amended with a view to establishing its full conformity with universal human rights standards, including the right to life and the prohibitions on capital punishment, the prohibition of cruel, inhuman or degrading punishment, the equality of men and women, and the right to freedom of thought, conscience and religion. Provisions relating to the subject matter jurisdiction and applicable law of the Arab Court should therefore be amended so as to ensure that the Court, when applying the provisions of the Arab Charter does not provide interpretations that have the potential to be inconsistent or conflict with States’ other obligations under international law. The Court should apply the most protective standard of human rights law that applies in the State concerned.

In order to allow for, and appropriately facilitate the access of rights holders to the Arab Court, provisions on the requirement to exhaust local remedies should not be overly restrictive. The Arab Court should have flexible discretion to decide on the admissibility of cases, with a view to ensuring maximum protection of human rights. The Court should be competent to assess the effectiveness of local remedies, including instances where procedures are unduly prolonged or unlikely to bring effective relief, as well as the ability and willingness of local courts to effectively and meaningfully address rights violations.

Draft article 19 of the Statute restricts access to the Arab Court to “any State party when one of its subjects claims that one of his human rights has been violated”. It also provides States parties with the option, at their discretion, of allowing NGOs to submit cases on behalf of individuals. This provision, if it stands, would likely eviscerate the effectiveness of the Court. The decades of experience of existing regional human rights courts and UN human rights treaty bodies demonstrates that States, for diplomatic and political reasons, virtually never make use of interstate complaints procedures on questions of human rights. There is no reason to expect the situation would be any different with respect to the Arab Court. The possibility of NGOs bringing cases to the Arab Court being at member States’ discretion is similarly problematic, as State officials are unlikely to and cannot be expected to allow access to the Court by the very NGOs that are seeking to call those States to account.  The only other source of access to the Court under article 19 is for the Arab Human Rights Committee to refer cases to the Arab Court when it fails to reach an “amicable settlement in the case of an individual complaint”. However, this Committee, established under article 45 of the Arab Charter, does not presently have any competence to consider individual complaints and the draft Statute is silent as to how this competence will be extended.

The right of individual access is a critical and, indeed, indispensable component of any human rights court that purports to remedy human rights violations. Our organizations are concerned that a provision contained in an earlier draft of the Statute, which would have provided for such a right of access, was not retained in the draft presented at the 25-26 May conference in Bahrain. However, without this element, the Arab Court is likely to be an empty chamber, seized of few cases, if any, and certainly not an effective instrument of justice for the LAS region. Draft article 19 should therefore be amended with a view to ensuring access to all individuals within the territory of a State party, or subject to its jurisdiction, when they claim to be a victim of a violation of a right that comes under the jurisdiction of the Court. Obstacles that may limit NGO access to the Court should also be removed, including the requirement that the States themselves accept such access. For the reasons indicated in the preceding paragraph, standing to bring a complaint should not be restricted only to NGOS accredited in a respondent State. Other avenues to access the Court should also be provided, including for individuals or NGOs to join proceedings as interested parties or to submit amicus curiae briefs, third party interventions or expert opinions.

Other provisions required to ensure and enhance the Court’s effectiveness

Under the draft Statute, the Court is not expressly mandated to issue provisional or interim measures, which may be taken prior to a final judgment where the applicant faces an imminent risk of serious, irreversible or irreparable harm. Furthermore, no specific provisions mandate protection measures to be taken in relation to witnesses. Such powers are essential to protecting the rights of individuals. Mechanisms should also be put in place to ensure that the judgments of the Court are appropriately and effectively executed, including by providing for an independent and effective monitoring mechanism and enabling the Court to prescribe specific measures to be adopted by States in order to execute the Court’s judgments.

Draft article 3 provides that the seat of the Court is Manama, Bahrain, and that the Court may convene in any other location as it deems appropriate, with the approval of that second country. This provision should also be amended to ensure that the decision to designate the host country is based on the commitment and compliance of the concerned State party with universal human rights law and standards, including by for example being a party to the core human rights instruments, and that the host country provides the necessary guarantees for the Court, including judges and staff, to operate in defence of human rights free from any undue interference, constraints or pressures. Such guarantees should include the protection of victims, their representatives, witnesses, and civil society associations from reprisal and restrictions.

Our organizations consider that the revisions outlined above are the minimum necessary if the draft Statute is to serve as a basis for the establishment of an independent, impartial and effective judicial mechanism that would protect individuals’ rights and freedoms in the LAS member States.

As a first step in this direction, our organizations respectfully call on your government to act to defer the adoption of the draft Statute, and to oppose it if it is brought to a vote in its current form. We would request that you act to establish a process for the amendment of the draft Statute, in accordance with international standards and practice, in which all interested stakeholders, including civil society organizations, are able to participate meaningfully in all stages. Such participation should include transparent consultations and comment on provisions of the existing text.

[1] This analysis is based on the draft Statute presented in the conference of 25 to 26 May 2014 organized by the LAS and the Bahrain Human Rights Institution.