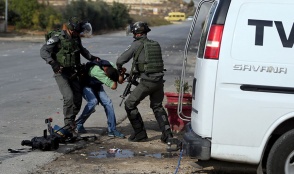 In the wake of the recent escalation of violence across the OPT against Israel’s colonial rule and the subsequent ruthless suppression by Israeli law enforcement, a litany of human rights abuses have been orchestrated and threatened by Israel. As of 29 October 2015, 61 Palestinians were killed and 7,296 injured at the hands of the Israeli Occupying Force. The escalating Palestinian death toll follows Israel’s liberal new open fire regulations granting Israel’s law enforcement the authority to shoot to kill. In the past month, Israel has punitively demolished 5 Palestinian houses as a tool of collective punishment and threatened the demolition of more. Further, Israel has threatened to revoke the residency rights and social security of Palestinians living in East Jerusalem where persons are considered to be “families of terrorists”.

In light of Israel’s unlawful arbitrary use of force and widespread collective penalties, Al-Haq would like to highlight its publication of the following three Legal Briefs: