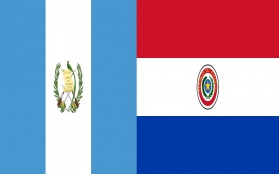 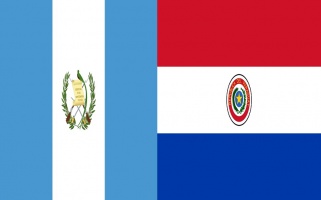 Less than 10 days after the United States officially moved its embassy from Tel Aviv to Jerusalem, Guatemala and Paraguay followed with the relocation of their own embassies to Jerusalem, while Romania and the Czech Republic (both member States of the European Union), and Honduras have announced plans to relocate from Tel Aviv to annexed West Jerusalem.

The announcements demonstrate a flagrant disregard for international law, including numerous United Nations (UN) resolutions stating that any unilateral changes to the status of Jerusalem by Israel are void.[1] For example, in December 2017, the UN General Assembly affirmed that any decisions and actions which purport to alter the character, status or demographic composition of Jerusalem have no legal effect, are null and void, and must be rescinded in compliance with relevant resolutions of the Security Council, and in this regard called upon all States to refrain from the establishment of diplomatic missions in Jerusalem, pursuant to Security Council resolution 478 (1980).[2] The Oslo Accords further establish that changes to the status of Jerusalem may only be permitted as a result of negotiations between Israel and a future Palestinian State.[3] Moreover, under UN Security Council Resolution 478 expressly requires “those States that have established diplomatic missions at Jerusalem to withdraw such missions from the Holy City”.[4]

None of the changes to the status of Jerusalem, including the relocation of foreign embassies there, are the result of negotiations between Israel and Palestine. Therefore, third States are prohibited from recognizing Israel’s alteration of the status of Jerusalem, including Israel’s assertion of sovereignty there, which amounts to an unlawful annexation of territory, including occupied territory, in violation of Article 2(4) of the Charter of the United Nations. The international community’s stance on Jerusalem is clear: Jerusalem is not the seat of the Israeli government and, therefore, it is not the appropriate location for foreign diplomatic missions.

Al-Haq strongly condemns the embassy relocations of the United States of America, Guatemala, Paraguay, and the planned embassy relocations of Romania, the Czech Republic, and Honduras. Al-Haq calls on these six States to join the other 81 countries with diplomatic missions in Israel to immediately relocate their embassies to Tel Aviv in accordance with UN General Assembly and Security Council resolutions. Finally, Al-Haq urges all States to adhere to international law concerning the status of Jerusalem and the Occupied Palestinian Territory (OPT).

Al-Haq is especially concerned that European Union (EU) member states are planning to relocate their embassies to Jerusalem. Al-Haq recalls that in April, the EU confirmed the status of Jerusalem as a final status issue and that “the aspirations of both parties for Jerusalem must be fulfilled, and a way must be found through negotiations to resolve the status of Jerusalem as the future capital of both states”.[5] However since this statement, the EU has failed to issue a joint EU statement of condemnation on the relocation of the United States embassy to Jerusalem. In light of these failures, Al-Haq calls on the individual member States of the EU to publicly condemn the actions of Romania and the Czech Republic, which breach international law and stated EU policy on preserving the status of Jerusalem for final status negotiations.[6]