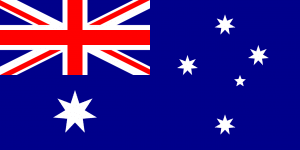 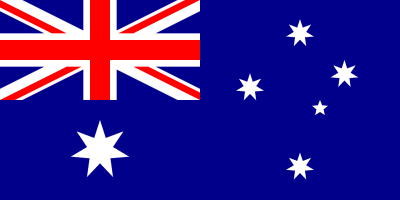 The Government of Australia announced today, 15 December 2018, its formal recognition of annexed West Jerusalem as Israel’s capital. In his announcement, Australian Prime Minister Scott Morrison stated that “Australia now recognises West Jerusalem, being the seat of the Knesset and many of the institutions of government, [as] the capital of Israel,” adding “[w]e look forward to moving our embassy to West Jerusalem when practical, in support of, and after, final-status determination.”[1] The recognition comes in the wake of international pressure led by Israel and the United States (US) to alter the status of Jerusalem and deny Palestinians their right to self-determination in their capital, in violation of international law.

Over a year ago, on 6 December 2017, US President Donald Trump recognised Jerusalem as Israel’s capital, breaking with decades of international consensus on the status of Jerusalem and refusal by the international community to recognise Israeli sovereignty therein. Following the recognition, President Trump proceeded with the unlawful relocation of the US embassy from Tel Aviv to Jerusalem, on 14 May 2018. Within ten days of the US embassy move, Guatemala and Paraguay had followed suit, relocating their own embassies from Tel Aviv to Jerusalem, in violation of international law. By September 2018, Paraguay had announced its plans to reverse the relocation and move its embassy back to Tel Aviv.[2]

Al-Haq has repeatedly stressed that any recognition of Israeli sovereignty over Jerusalem violates the city’s status under international law and Palestinian rights therein. As such, notwithstanding Morrison’s assurances that the Australian embassy will not be relocated from Tel Aviv to Jerusalem until a final settlement to the conflict is reached, Al-Haq stresses that the recognition of West Jerusalem as Israel’s capital in itself violates international law governing the status of Jerusalem in addition to Australia’s obligations as a third State party not to recognise as lawful situations resulting from serious breaches of international law, including Israel’s annexation of the city of Jerusalem.

As early as 1947, the international community recognised a special status for Jerusalem in United Nations (UN) General Assembly Resolution 181(II), which established a special international regime for the city, as corpus separatum.[3] This status has been reaffirmed in a  number of UN resolutions adopted since then.[4] Yet, Israel unlawfully annexed the western part of Jerusalem in 1948, while the UN General Assembly continued to call for the city’s internationalisation, notably in resolution 303(IV) of 9 December 1949.[5] When Israel occupied and annexed East Jerusalem in 1967, the UN General Assembly considered Israel’s measures to change the city’s status as ‘invalid’, and called upon Israel “to rescind all measures already taken and to desist forthwith from taking any action which would alter the status of Jerusalem”.[6]

Critically, when Israel declared “Jerusalem, complete and united, [as] the capital of Israel” in its Basic Law on Jerusalem on 30 July 1980, the UN Security Council adopted resolution 478 (1980), which determined that “all legislative and administrative measures and actions taken by Israel, the occupying Power, which have altered or purport to alter the character and status of the Holy City of Jerusalem, and in particular the recent “basic law” on Jerusalem, are null and void and must be rescinded forthwith”.[7] The Security Council further decided not to recognise the move and called upon “[t]hose States that have established diplomatic missions at Jerusalem to withdraw such missions from the Holy City”.[8] Since then, the international consensus has been not to recognise Israeli sovereignty over any part of annexed Jerusalem and to regard any attempt by Israel to alter the character, demographic composition, or legal status of the city as invalid and a violation of international law.[9]

As a third State party, Australia is obligated under the law on State responsibility not to recognise as lawful situations resulting from serious breaches of international, including the acquisition of territory by force and Israel’s annexation of West Jerusalem in 1948.[10] Critically, Israel’s alteration in Jerusalem since 1948 is in violation of the right of Palestinians to self-determination,[11] including permanent sovereignty, over the entirety of the city of Jerusalem.[12] This includes the right of Palestinian refugees to return to their homes and property.[13] Notably, nearly 60,000 Palestinians were displaced from West Jerusalem during the Nakba, when Zionist forces violently emptied the western part of the city and its surrounding villages of their Palestinian residents.[14] International law grants Palestinian refugees, including those who fled from West Jerusalem, the right to return to their homes and property, from which they were displaced and dispossessed in 1948.

Accordingly, third States must respect the international status of Jerusalem and abide by their obligation under international law not to recognise any measures, which purport to alter the legal status, character, or demographic composition of the city of Jerusalem, and cannot alter that status. As such, Al-Haq condemns Australia’s recognition of West Jerusalem as Israel’s capital and calls on the Australian Government to reverse the recognition in line with Australia’s obligation as third State under international law. Overall, the past year has seen repeated international pressure on third States led by Israel and the US in an attempt to “wish away”[15] core issues to the conflict over Palestine in violation of the right of Palestinians to self-determination, including permanent sovereignty over natural resources, and the realisation of the right of return of Palestinian refugees.

[9] For further resolutions on the status of Jerusalem, please see Al-Haq, “The Occupation and Annexation of Jerusalem through Israeli Bills and Laws” (5 March 2018), available at: http://www.alhaq.org/advocacy/topics/wall-and-jerusalem/1195-the-occupation-and-annexation-of-jerusalem-through-israeli-bills-and-laws.

[10] International Law Commission, Draft articles on Responsibility of States for Internationally Wrongful Acts (2001), Article 41(2) (“[n]o State shall recognize as lawful a situation created by a serious breach within the meaning of article 40, nor render aid or assistance in maintaining that situation.”)

[12] In October 2018, Al-Haq issued a briefing paper on Palestinian sovereignty over Jerusalem calling on the international community “to recognize and remedy these past injustices, and ensure that international law, including the right of Palestinians to return to west Jerusalem, alongside other villages and cities, is upheld.” See Al-Haq, “Al-Haq Issues Briefing Paper on Palestinian Sovereignty over East and West Jerusalem” (23 October 2018), available at: http://www.alhaq.org/advocacy/topics/wall-and-jerusalem/1313-al-haq-issues-briefing-paper-on-palestinian-sovereignty-over-east-and-west-jerusalem.

[15] UNRWA, “Open Letter From UNRWA Commissioner-General to Palestine Refugees and UNRWA Staff” (1 September 2018), available at: https://www.unrwa.org/newsroom/official-statements/open-letter-unrwa-commissioner-general-palestine-refugees-and-unrwa (“[n]o matter how often attempts are made to minimize or delegitimize the individual and collective experiences of Palestine refugees, the undeniable fact remains that they have rights under international law and represent a community of 5.4 Million men, women and children who cannot simply be wished away.”)