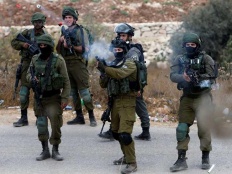 On 11 January 2022, David Mivasair and Khaled Mouammar (the complainants) submitted an addendum to the legal complaint they had submitted in July 2022 to the Compliance Division of the Charities Directorate of the Canada Revenue Agency (CRA). In the complaint, the plaintiffs requested an audit of the Canadian Zionist Cultural Association (CZCA), under well-grounded allegations of use of charitable funds for the benefit of the Israeli Occupation Forces, in violation of Canadian law. Al-Haq had supported the submission of the complaint by highlighting evident and systematic breaches of international law in the course of the Israeli military operations, which resulted in serious war crimes and crimes against humanity.

The CZCA presents itself as an educational and charitable organisation which “operates camps for widows, orphans, siblings and parents of fallen soldiers and provides scholarships for former soldiers.” Registered as a charity under Canadian law, the CZCA receives tax-exempt donations to finance its activities.

The complainants claim that the CZCA is directly or indirectly providing funding to the Israeli military. Notably, the complaint states that in 2019, the CZCA supplied Yahad with donations amounting to $1,789,423. In doing so, the CZCA has violated the Canadian Income Tax Act, which prohibits charities from providing financial support to a foreign military, as well as Canadian public policy. The complainants are therefore requesting an audit of the CZCA by the Canada Revenue Agency to confirm the allegations and, if confirmed, to proceed with the revocation of the CZCA’s charitable status.

In the addendum, David Mivasair and Khaled Mouammar have submitted additional information concerning the CZCA’s alleged violations of Canadian law. In particular, the complainants provide that the CZCA’s governing document does not match its activities, and is therefore in breach of CRA Guideline Documents. Moreover, the addendum details how the CZCA serves as a conduit for diverse scholarship funds related to the Israeli armed forces.

Finally, the complainants highlight the links between human rights abuses committed in the occupied Palestinian territories and programs funded by the CZCA, including a Duvdevan scholarship and mentorship program. The unit, which serves to benefit individuals who served within Unit 217 of the Israeli Occupying Forces (IOF), is known for disguising itself and blending in with the protected Palestinian population on the ground, to carry out operations and has repeatedly been pointed out for severe violations of human rights.

Al-Haq commends the initiation of the complaint, which addresses the crucial and urgent question of tax-exempt status for organisations supporting the Israeli violations of international law in the occupied Palestinian territory. Such tax-free incentives drive foreign taxpayers to indirectly subsidise the Israeli military or Israel’s settlement enterprise. Legal proceedings aimed at identifying and revoking the tax-exempt status of such entities is a fundamental and imperative step to alleviate third state complicity with Israel’s international crimes.