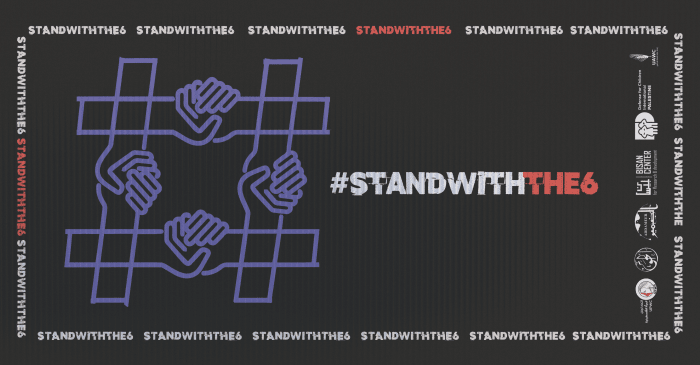 This culminated in Israeli Minister of Defense, Benny Gantz outlawing the six organizations on 19 October 2021 under Israel’s domestic Anti-Terrorism Law (2016), and as "unlawful organizations" on 3 November 2021, by the Israeli Military Commander in the West Bank. These baseless accusations aim to effectively outcast and discredit the work of leading Palestinian CSOs, placing them and their supporters at imminent risk of reprisals, including cutting off funding, office closure, and arrest of staff members.

In response to the designation, the international community including world leaders, UN representatives, celebrities, funders and international NGOs have condemned the designation as a blatant threat to human rights. However, Israel continues to firmly maintain its unlawful designation, and by not calling for an immediate reversal of this policy, governments are allowing this dangerous attack to go unchallenged, putting all HRDs at risk, in Palestine and globally.

The website consolidates the efforts of the six Palestinian CSOs and partners, and provides resources for supporters outlining the full context of Israel’s ongoing harrasment campaigns to silence and diminish Palestinian civil society overall. The website will be a central space where supporters can mobilize in solidarity with civil society, starting by sending emails to US Secretary of State, Anthony Blinken, and Josep Borrell, High Representative of the European Union for Foreign Affairs and Security Policy asking them to take decisive action to force Israel to reverse the unlawful designation.

As jointly stated by the six organizations, “this designation is only the latest of a series of attacks against us and certainly won’t be the last. This continued assault on Palestinian human rights defenders is also accompanied by systematic use of cybersurveillance technology to hack our phones and surveil us. It’s clear that Israel’s intention is to silence and harrass Palestinian human rights defenders who criticize Israel’s apartheid and settler-colonial regime and call for holding Israeli authorities accountable for their human rights violations, war crimes and crimes against humanity. Through this common digital space we invite all supporters of human rights and freedom around the world, to take action and show solidarity with Palestinian civil society.”