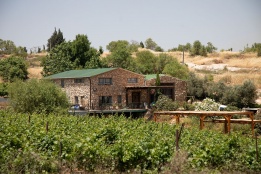 On 4 December 2020, Al-Haq and Canadian Lawyers for International Human Rights (CLAIHR), filed a joint motion seeking leave to appeal to the Canadian Supreme Court, to appeal the decision in the Kattenburg v. Canada (Attorney General), 2019 FC 1003, addressing the labelling of Israeli settlement products in the occupied Palestinian territory of West Bank as “Product of Israel”. In doing so, Al-Haq and CLAIHR joined with Independent Jewish Voices, Amnesty International Canada, Centre For Free Expression, Professor Michael Lynk (UN Special Rapporteur for the Situation of Human Rights in the Palestinian Territory Occupied Since 1967), Arab Canadian Lawyers Association, and the Transnational Law And Justice Network [hereafter CLAIHR and Al-Haq et. al]. The motion argues that product labelling on commercial goods originating from Israeli settlements should give due consideration to international human rights obligations Canada is bound to as per international law.

In March 2017, Dr. David Kattenburg lodged a complaint with the Canadian Food Inspection Agency (CFIA) against the labelling of wines produced in Israeli settlements in the West Bank as “Product of Israel.” Based on the definition of the Israeli “territory,” which includes areas where Israel’s customs laws apply, provided by the Canada-Israel Free Trade Agreement (CIFTA), the CFIA decided that settlement wines would continue to be labelled as such.

Dr. Kattenburg appealed before the CFIA’s Complaints and Appeals Office (CAO), which confirmed the CFIA’s decision, finding that settlement wines can be imported and sold under the label “Product of Israel” and that foreign policy considerations fall outside its mandate.

Dr. Kattenburg was granted judicial review of the CAO’s decision by the Federal Court. Madam Justice Mactavish commanded reconsideration of the matter with the argument that the label “Product of Israel” was misleading and inaccurate, as the parties and interveners had all agreed that the settlements were not part of the State of Israel.

The Federal Court held that:

Following this, the Attorney General applied to the Federal Court of Appeal to overturn the decision.

CLAIHR and Al-Haq’s Application for Leave to Intervene

In August 2020, CLAIHR and Al-Haq, applied for leave to intervene arguing that the CFIA’s decision to permit “Product of Israel” wine labels does not adequately consider Canada’s obligations under international law. According to the methodology set in Canada (Minister of Citizenship and Immigration) v. Vavilov 2019 SCC65 (CanII), administrative decision-makers must interpret legislation using a presumption that such laws conform with Canada’s obligations under conventional and customary international law and the values and principles underlying these sources. Therefore, when reaching its wine labelling decision, the CFIA should have considered violations of international law perpetuated by Israel’s settlement enterprise and their associated businesses in the OPT.

CLAIHR and Al-Haq, alongside Independent Jewish Voices Canada, Amnesty International Canada, Centre for Free Expression, UN Special Rapporteur Michael Lynk, Arab Canadian Lawyers Association, Transnational Law and Justice Network, filed motions seeking leave to intervene. However, the motions were dismissed by the Federal Court of Appeal on October 6th, 2020. At the time, Justice Stratas argued that the pending judicial review constitutes no more than a standard judicial review of a regulatory decision that does not justify the intervention of twelve separate parties. He added that these moving parties seemed to seek ruling on the issues of Israel’s occupation of the OPT, the territorial sovereignty of Israel, as well as related questions of human rights and humanitarian law, which fall outside the scope of the appeal.

In particular, Justice Stratas considered that the moving parties did not pass the test for useful intervention on the following reasoning:

Justice Stratas concluded that the moving parties’ interventions will not advance the determination of the panel, as they are aimed at supporting the appeal of the main respondent Dr. Kattenburg. Their submissions will be neither useful nor necessary to determine how the Agency applied domestic labelling requirements in legislation to specific imported food products.

CLAIHR and Al-Haq’s et.al Application for Leave to Appeal

Following this, on 4 December 2020, CLAIHR and Al-Haq et. al filed a joint motion seeking leave to appeal to the Supreme Court of Canada filed pursuant to Section 40 of the Supreme Court Act, RSC 1985, c S-26. CLAIHR and Al-Haq seek to provide guidance on the interpretation of the Canada Israel Free Trade Agreement with due consideration of Canada’s international obligations under international human rights and humanitarian law. More specifically, mislabelling products originating from an occupied territory contribute to legitimizing the unlawful occupation of the West Bank and the attached violations of human rights and humanitarian law.

The applicants argue that:

CLAIHR is a federally-incorporated registered charity. It is a non-governmental organization of lawyers, law students, legal academics and other jurists, founded in 1992 to promote human rights law from a Canadian perspective through education, research, and advocacy.

Al-Haq is an independent Palestinian non-governmental human rights organization established in 1979 in Ramallah, West Bank. Established to protect and promote human rights and the rule of law in the OPTs, the organization documents violations of the individual and collective rights of Palestinians in the OPTs, irrespective of the identity of the perpetrator, and seeks to end such breaches through advocacy before Palestinian legislative and executive bodies, businesses, civil society, regional and international bodies including national and international courts of law.