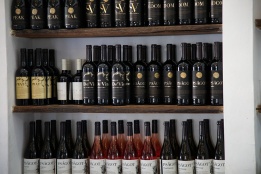 Palestinians enjoy the right in international law to self-determination, as well as the social, economic and political rights enshrined in international legal covenants. Israel’s annexation of Palestinian land in the West Bank threatens those rights. That is why CLAIHR and Palestinian human rights organization, Al-Haq are seeking leave to intervene in the appeal of Kattenburg v. Canada (Attorney General), 2019 FC 1003, which will consider how Canada should engage with illegal Israeli settlements in the Palestinian territory of the West Bank. CLAIHR and Al-Haq seek to argue that a Canadian decision maker, when determining whether product labels on commercial goods can refer to illegal settlements as Israeli territory, must consider international human rights agreements and make a decision that is consistent with Canada’s obligations under international law.

In March 2017, Dr. David Kattenburg filed a complaint with the Canadian Food Inspection Agency (CFIA) claiming it was inappropriate for wines produced in Israeli settlements in the West Bank to be labelled with “Product of Israel.” The CFIA initially agreed with Dr. Kattenburg, but subsequently reversed its decision and continued to allow these wines to be labelled “Product of Israel.” To support their decision, the CFIA pointed to the Canada-Israel Free Trade Agreement (CIFTA)’s definition of Israeli “territory,” which includes areas where Israel’s customs laws apply.

Dr. Kattenburg appealed this decision to the CFIA’s Complaints and Appeals Office (CAO). The COA affirmed the CFIA’s decision, finding that wines produced in the West Bank can be imported and sold in Canada with the label “Products of Israel.” In its decision, the CAO stated it would not comment on questions of Canadian foreign policy raised by Dr. Kattenburg because such questions are outside its mandate.

Kattenburg sought and was granted judicial review of the CAO’s decision by the Federal Court.  In the case, the Honourable Madam Justice Mactavish held that the “Product of Israel” wine labels were inaccurate and misleading, largely because the parties and interveners in the case all agreed that the settlements at issue were not part of the State of Israel. Justice Mactavish concluded the CAO’s decision was unreasonable and sent the matter back for reconsideration.

At the Federal Court, the Attorney General (AG) argued section B.02.108 of the Food and Drug Regulation requires wines to have labels indicating their country of origin when sold in Canada. Since Canada does not recognize Palestine as a country, the AG submitted that Israel was the only option. The Court rejected this narrow interpretation noting the CFIA guidelines contain an exception that allows regional labels where the average consumer can readily recognize the country associated with the region. For example, a wine can have a “Product of California” label because Canadian consumers understand California is a state within the USA. In contrast, the average consumer cannot tell whether “Product of Israel” includes or excludes the West Bank. Additionally, a label that merely states “Product of Psâgot” or “Product of Shiloh” is not acceptable because the average consumer does not know that these settlements are located within the Occupied Palestinian Territories (OPT).

The AG went on to argue it was reasonable for the CFIA, in the absence of clearly defined countries, to use the definition of territory found in the CIFTA in order to assess country of origin labelling requirements. The Court disagreed and held this reliance on the CIFTA was unreasonable because it resulted in a false and misleading label. The definition of territory provided in the CIFTA only applies to matters that come under the CIFTA, an agreement intended to reduce barriers to trade between Israel and Canada. This definition is not relevant to Canada’s domestic consumer protection or product labelling laws, which are meant to inform and protect Canadian consumers.

The AG also submitted that the relevant consumer protection legislation is only concerned with protecting the health and safety of Canadian consumers by ensuring they have accurate information about the contents, qualities, and characteristics of food products. They argued that these laws are not intended to inform consumers about public international law or geopolitical issues. The Court again rejected these submissions and held that, in addition to health and safety, country of origin labelling is meant to allow consumers to “buy conscientiously” and make informed and rational choices about which products they buy.

Justice Mactavish went on to explain that “conscientious buying” engages s. 2(b) of the Charter, which protects individuals’ freedom of expression. Administrative decision-makers, including the CFIA, must ensure they do not limit Charter rights more than necessary when making decisions in pursuit of their statutory objectives. The CAO’s failure to balance Charter rights buttressed the Federal Court’s finding that the CAO’s decision to allow the “Product of Israel” label was unreasonable.

The AG has applied to the Federal Court of Appeal to have Justice Mactavish’s decision overturned. Canadian Lawyers for International Human Rights (CLAIHR) has filed a motion seeking leave to intervene jointly with Palestinian human rights organization, Al-Haq.

CLAIHR’s and Al-Haq’s position is that in deciding to permit these “Product of Israel” wine labels, the CFIA did not adequately consider Canada’s obligations under international law. According to the methodology set in Canada (Minister of Citizenship and Immigration) v. Vavilov 2019 SCC 65 (CanLII), administrative decision-makers must interpret legislation using a presumption that such laws conform with Canada’s obligations under conventional and customary international law and the values and principles underlying these sources.

When reaching its wine labelling decision, the CFIA should have considered the ways Israel’s settlements in the OPT and, in turn, the businesses that operate in these territories, breach international law.

For example, the settlements violate the laws of armed conflict, which prohibit the acquisition of territory by force and confiscation, appropriation and exploitation of Palestinian land and resources for the benefit of the Occupying Power; among other violations. The settlements also violate international human rights principles. For example, the settlements are often surrounded by Israeli-guarded walls and can only be accessed through military checkpoints, which are few in number and often closed. These limitations substantially restrict Palestinians’ right to freedom of movement protected by Article 12(1) of the International Covenant on Civil and Political Rights. In many cases, these walls also cut off Palestinian access to agricultural production and primary sources of water, impeding their ability to exercise their right to work and to an adequate standard of living proclaimed in the International Covenant on Economic, Social, and Cultural Rights. More broadly, these violations limit the agricultural sector’s ability to generate much needed Palestinian economic development and instead redirect resources to external markets. CLAIHR’s motion for leave to intervene highlights these and other abuses of international law resulting from Israel’s settlement activity, and argues that the businesses operating in the settlements necessarily aid in the maintenance and proliferation of Israel’s illegal occupation and, as a result, actively contribute to these human rights abuses and are inherently illegal under international law.

In CLAIHR and Al-Haq’s submission, allowing wines produced in illegal settlements to be labeled as “Product of Israel” violates Canada’s obligation to not recognize as lawful breaches of international humanitarian law and human rights law; not aid or assist in the maintenance or proliferation of the illegal situation; and cooperate to bring Israel’s illegal settlement enterprise, and prolonged occupation at large, to an immediate end, in compliance with their obligations erga omnes under international law.

CLAIHR is a federally-incorporated registered charity. It is a non-governmental organization of lawyers, law students, legal academics, and other jurists, founded in 1992 to promote human rights law from a Canadian perspective through education, research, and advocacy.

Al-Haq is an independent Palestinian non-governmental human rights organisation established in 1979 in Ramallah, West Bank. Established to protect and promote human rights and the rule of the law in the OPTs, the organisation documents violations of the individual and collective rights of Palestinians in the OPTs, irrespective of the identity of the perpetrator, and seeks to end such breaches through advocacy before Palestinian legislative and executive bodies, businesses, civil society, regional and international bodies including national and international courts of law.