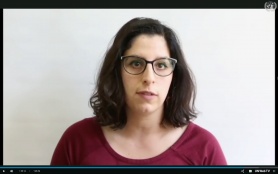 Interactive Dialogue - Item 7 on the human rights situation in the Occupied Palestinian Territory, including East Jerusalem

Over the 13 years of its closure on Gaza, Israel launched three wars leading to massive civilian deaths and injuries, and destruction of infrastructure. Recently, the Israeli military continued to kill and injure Palestinian civilians during the Great March of Return, without sanction, an open-fire policy that was confirmed by the Israeli Supreme Court, which gave full discretion to the military.

This reality is possible due to the legal “blackhole” that Israel created in Gaza, where a policy of total impunity and lack of accountability prevails.

In 2007, Israel imposed the closure and declared Gaza to be an “enemy territory”. Later, the Israeli Supreme Court upheld the state’s position that it was no longer responsible for Gaza as an occupied territory. This move paved the way for a law that resulted in a blanket prohibition on all Gazans from submitting lawsuits for damages by the Israeli army.

Israel upholds a policy of total impunity in the exercise of its criminal jurisdiction over those responsible for committing serious crimes against Palestinians. This is evident from Israel’s actions following the 2014 Gaza War. According to the Israeli Military, out of the 500 complaints on exceptional incidents during the war, 91% were not investigated, and no commander or soldier was prosecuted for any grave violations.

We urge this Council and member states to fulfil their duties to ensure justice and accountability for Palestinian victims in Gaza and everywhere else.