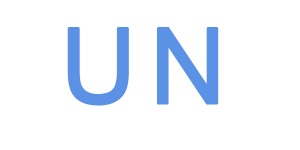 Al-Haq, Al Mezan Centre for Human Rights, Addameer Prisoner Support and Human Rights Association, the Cairo Institute for Human Rights Studies, and Habitat International Coalition – Housing and Land Rights Network, have submitted a joint report to the United Nations Special Rapporteur on the situation of human rights in the Palestinian territories occupied since 1967, Mr Michael Lynk, detailing the continued failure to ensure justice and accountability, and an end to Israeli impunity, for widespread and systematic human rights violations and international crimes committed against the Palestinian people, including the crime of apartheid, ahead of the Rapporteur’s presentation of a report on accountability to the United Nations General Assembly in October 2020.

The comprehensive 62-page report addresses issues of third State responsibility, the failure of States to cooperate, through the United Nations and other international and regional organisations to bring an end to Israeli impunity, the failures thus far of international justice and corporate accountability in Palestine, and the dangers of the continuation and further entrenchment of Israel’s pervasive impunity. In doing so, the report suggests various methods by which the impunity gap may be addressed, such as the activation of universal jurisdiction mechanisms by third States, support for a full, thorough, and comprehensive criminal investigation by the International Criminal Court into the Situation in the State of Palestine and the Mavi Marmara flotilla attacks, continued support, including annual updates, for the UN Database on companies operating with illegal Israeli settlements, and the prohibition of trade with illegal Israeli colonial settlements through domestic legislation, amongst other measures of accountability.

Joint Submission to the United Nations Special Rapporteur on the Situation of Human Rights in the Palestinian Territories Occupied Since 1967, Mr Michael Lynk, on Accountability