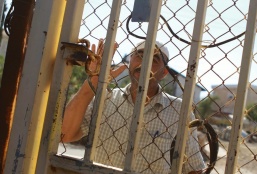 The International Day for the Elimination of Racial Discrimination also marks the 60th anniversary of the Sharpeville Massacre under apartheid in South Africa, on 21 March 1960. At Sharpeville, police opened fire and killed 69 people at a peaceful protest against apartheid pass laws that required Black, Indian, and Coloured South Africans over the age of 16 to carry documents authorising their presence in restricted areas. This sparked outrage across the world and motivated the United Nations (UN) to take effective measures to combat the South African apartheid regime, which violated the purposes of the UN Charter “to save succeeding generations from the scourge of war” and ensure “respect for human rights and for fundamental freedoms for all without discrimination.” Since then, apartheid and many of its elements have been codified as crimes against humanity.

While the Sharpeville Massacre and its annual commemoration serve as a stark reminder of the violent consequences of the apartheid regime in South Africa and its threat to fundamental rights, freedoms, and human dignity, it is also a time to commemorate the ultimate defeat of this institutionalised system of oppression, and encourages us to continue to work to bring an end to all forms of racial discrimination, racial segregation, and apartheid around the world. But this work is not done, particularly as apartheid endures in Palestine.

For decades, Israel has established and maintained an apartheid regime over the Palestinian people, through a plethora of laws, policies, and practices designed to ruthlessly segregate, fragment, and isolate Palestinians. The Palestinian people have been deliberately divided into four separate legal, political, and geographic domains, including Palestinians with Israeli citizenship, Palestinian residents of Jerusalem, Palestinians in the West Bank and Gaza subject to Israeli military law, and Palestinian refugees and exiles abroad, as outlined by the 2017 report of UN Economic and Social Commission for Western Asia (ESCWA). As a result, Israel ensures that the Palestinian people are unable to meet, group, or live together, nor exercise any collective rights. Such fragmentation also promotes the illusion that they are not a people to begin with, thereby obfuscating the reality of Israel’s apartheid regime. It is clear that Israel pursues its policies of segregation, fragmentation, and isolation in order to undermine the very right of the Palestinian people to self-determination, including permanent sovereignty over natural wealth and resources, while attempting to legitimise an Israeli claim to that very same right.

Israel’s dispersal and fragmentation of the Palestinian people over the years has been coupled with State-driven dispossession of their means of subsistence, incrementally depriving them of their homes, land, water, natural resources, food sovereignty, and economic production. Through, inter alia, the systematic violation of the right of return of Palestinian refugees to their homes, lands, and property, the denial of residency and family unification, freedom of movement, residency, and access restrictions, and discriminatory zoning and planning, Israel has created and maintained a coercive environment that ultimately leads to continued Palestinian transfer and displacement. This, in turn, allows for the colonisation of Palestine, and significant alteration of the historic demographic composition in Palestine that favours Israeli Jews.

Embedded in a system of impunity, Israel has maintained its institutionalised regime of subjugation and control over Palestinians’ lives, thereby effectively preventing Palestinians from challenging Israeli apartheid. To maintain its apartheid regime, Israel also carries out widespread collective punishment, mass arbitrary detention and arrests, torture and other ill-treatment sanctioned by Israeli courts, and a State-led effort to silence opposition to Israeli apartheid. The Israeli disinformation machine is infamous for hate speech and defamation of Palestinians’ struggle for liberation.

The international community and global civil society played an instrumental role in bringing an end to the apartheid regime in South Africa. It is vital that States of the region and the wider international community recognise that Israel entrenches and perpetuates this crime over the Palestinian people today. Despite its prohibition by the UN Charter, treaty law, and peremptory norms, many Western States act as accomplices, while the United States rewards Israel’s apartheid behaviour with the Trump Administration’s so-called “Peace plan”.

The contradictions and their peril have never been so clear as they are today. Now is the time for the UN, all States and spheres of Government, including municipalities and local authorities, to recognise the reality of Israel’s apartheid regime over the Palestinian people and act according to their obligations to uphold international law and world order. It is only by recognising and acting to take effective measures, that we can bring an end to this illegal situation.

As we mark 60 years since the Sharpeville Massacre in South Africa, more efforts must be taken to ensure the legacy of apartheid, and all other forms of racial discrimination and oppression, are finally brought to an end. In the same way that apartheid fell in South Africa, supporters of human rights, international law, social justice, and equality must exert pressure today to uphold the inalienable rights of the Palestinian people.

We, therefore, urge the UN, its Member States, and the international community to fully implement previous resolutions, such as UN Security Council Resolution 465 of 1980, which called upon all States “not to provide Israel with any assistance to be used specifically in connection with settlements in the occupied territories.” We also call for new effective measures to bring an end to Israel’s apartheid regime, including the reconstitution of the UN Special Committee against Apartheid and the UN Center against Apartheid to ensure the implementation of the Apartheid Convention in order to put an end to apartheid in the 21st Century.

See Palestinian, Regional, and International Groups Submit Report on Israeli Apartheid to UN Committee on the Elimination of Racial Discrimination