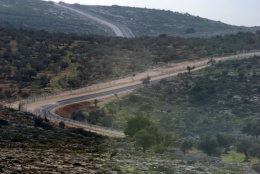 Since the Nakba of 1948, the State of Israel has instituted a series of discriminatory laws, policies, and practices that form the foundation of its institutionalised regime of racial domination and oppression over the Palestinian people. These discriminatory features arise from Israel’s raison d’État and seek to maintain a racialized regime of dispossession, domination, and systematic fragmentation of the Palestinian people, by persistently denying the right of reparation, including consensual return to their homes, lands, and property, to Palestinian refugees and other persons displaced in the waves of ethnic cleansing carried out since the State’s establishment.

In 2017, the UN Economic Commission for Western Asia (ESCWA) found that Israel’s strategic fragmentation of the Palestinian people constitutes the main tool through which it carries out its apartheid regime. As recognised by ESCWA, Israel has strategically fragmented the Palestinian people into four geographic, legal, and political domains, comprising:

Israel has consolidated its apartheid regime by entrenching the fragmentation of the Palestinian people, through the persistent denial of the right of Palestinian refugees to return, the imposition of freedom of movement, residency, and access restrictions, in particular the closure of Jerusalem and Gaza, and the denial of family unification.

These policies and practices have played an essential role in ensuring that Palestinians from different areas are unable to meet, group, live together, and exercise any collective rights, in particular their right to self-determination. It is also through strategic fragmentation that Israel obfuscates the reality of its apartheid regime, a process which the international community has unwittingly played a role in normalizing.

Legal foundations of the State

Israel’s apartheid regime is embedded in a series of laws adopted by the State since 1948. These include laws relating to citizenship and entry, such as the 1950 Law of Return, the 1952 Citizenship Law, and the 1952 Entry into Israel Law, which enshrine a superior status of “Jewish nationality,” grant every Jewish person the exclusive right to enter Israel and claim citizenship, while denying the right of Palestinian refugees and displaced persons to return to their homes, lands, and property. In addition, the dispossession of Palestinian refugees was sealed in law with the adoption of the 1950 Absentee Property Law, which continues to be used to confiscate Palestinian property today.

Contrary to the object and purpose of the Convention, the 2018 Basic Law: Nation-State of the Jewish People entrenches Israel’s apartheid regime in the State’s constitutional legal foundations, by stipulating that the right to self-determination in Israel is unique to the Jewish people, and establishing “Jewish settlement as a national value,” thereby giving constitutional force to the expansion of illegal Israeli settlements.

Israeli law further authorizes the World Zionist Organization (WZO), the Jewish Agency (JA) and affiliates, to function in Israel as quasi-governmental entities, chartered to carry out material discrimination against non-Jewish persons. Israel’s Zionist parastatal institutions have historically prevented the indigenous Palestinian people on both sides of the Green Line from accessing or exercising control over their means of subsistence, by exploiting and diverting Palestinian natural resources for the benefit of Israeli-Jewish settlers.

Embedded in a system of impunity, Israel has maintained its apartheid regime by entrenching fragmentation, coupled with the creation of a coercive environment designed to drive Palestinian transfer and weaken the ability of Palestinians to effectively challenge the many facets of Israel’s apartheid regime, including through mass arbitrary detention, torture and other ill-treatment sanctioned by Israeli courts, widespread collective punishment, denial of access to healthcare, and a Government-led effort to silence opposition to Israel’s apartheid regime.

Al-Haq – Law in the Service of Man

The Palestinian Center for Human Rights