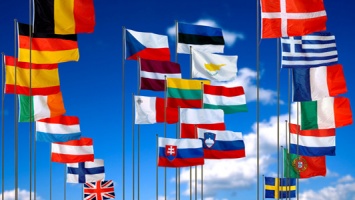 On 17 June 2013, the Netherlands and Israel issued a Joint Declaration announcing that preparations for the establishment of the bilateral Dutch-Israeli Cooperation Forum (the Forum) are to begin. As members of the Palestinian Human Rights Organisations Council (PHROC) we conveyed our concerns regarding previous discussions on the establishment of the Forum (previously known as the Cooperation Council) in a letter addressed to the Dutch Prime Minister on 4 June 2012. Specifically, we highlighted that the establishment of the Forum signifies an intensification of bilateral relations between the two parties at hand, thus effectively undermining the European Union’s decision to freeze its upgrade of relations with Israel until it can be based on “respect for human rights, the rule of law and fundamental freedoms, good governance and international humanitarian law”. Moreover, the decision to establish the Forum ignores both Israeli ongoing violations of international law as well as the Netherlands’ obligation to ensure that Israel complies with the Geneva Conventions.

As the Forum is nevertheless regretfully in the process of being established we also take this opportunity to bring to your attention concerns regarding the areas of cooperation envisioned between Israel and the Netherlands. According to the Israeli and Dutch Joint Declaration, the Forum will focus on innovation in the area of water management/technology.

At present, Israel has, through a number of considerable military and political efforts including the establishment of settlements, integrated the water system of the Occupied Palestinian Territory (OPT) into the Israeli system. As such, Israel illegally exerts exclusive control, de facto sovereignty, over Palestinian water resources. Throughout the occupation, Israel has maintained its control over Palestinian water by, inter alia, the discriminatory allocation of water for the benefit of Jewish citizens of Israel and Israeli settlers in the OPT, and the destruction of Palestinian water infrastructure and denial of permits for its construction, development or maintenance. Israel’s asymmetrical allocation of water is reflected in the drastically unequal per capita consumption of water by Israelis and Palestinians; in the West Bank, 500.000 Israeli settlers consume approximately six times more water than 2.6 million Palestinians. Similarly, Israelis living in Israel consume around 300 litres of water per capita per day (lpcd), while Palestinians in the West Bank consume at an average of 73 lpcd. ‘Mekorot’, an Israeli national water company and largest single supplier of water in the West Bank, ensures that Israelis have access to copious amounts of water by extracting from Palestinian water resources and diverting its flow into settlements and Israel.

In the Gaza Strip, where 90-95 per cent of the accessible water is considered unfit for human consumption, Israel destroys the existing water infrastructure during its military operations. During the Israeli offensive in 2008-09, Al Mezan, reported the destruction of some 919 water wells, 229 irrigation pools and 243 water pumps. Through its regime of military closure imposed on the Gaza Strip since 2007, Israel is also hindering the rehabilitation of such water infrastructure.

Of particular relevance to the Netherlands is Israel’s destruction of Dutch-funded humanitarian projects. Most recently, on 16 May 2013, Israeli bulldozers destroyed a Dutch-funded water cistern used to store rainwater and irrigate land belonging to Mr. Ayham Daria in Aqraba village in Nablus Governorate. Israel also destroyed Dutch-funded wells and cisterns in 2012. Thus far, to our knowledge, Israel has neither compensated the Dutch Government for the destruction of its project nor provided official reassurances that other projects will not be demolished in the future.

As an Occupying Power sharing a considerable portion of the region’s water resources with the Palestinians, Israel has an obligation to manage them in accordance with international law, including international humanitarian, human rights and water laws. In particular, it must be emphasised that Israel does not acquire sovereign rights over Palestinian resources such as water during occupation. Indeed, the Palestinian people retain their right to freely dispose of their natural wealth and resources in accordance with their interests of national development and well-being during belligerent occupation. Israel’s illegal exercise of sovereignty over Palestinian natural resources for the benefit of Israelis and the Israeli economy demonstrates the existence of a governmental policy aimed at dispossessing the Palestinian population of their resources and forcing Palestinians from their land. Forcible transfer of the occupied people constitutes a grave breach of the Fourth Geneva Convention. Finally, by promoting unequal and discriminatory access to water, Israel is violating the universal human right to water.

Contrary to popular belief, water is thus not scarce in the region. Rather, access to water in the region is wholly dependent on Israel. As Palestinian human rights organisations, we thereby request the Dutch Government and the Forum to:

We look forward to receiving your government’s reassurances of the above and further information detailing the extent of cooperation between the parties.

For further information regarding Israeli water management and exploitation, please find enclosed Al-Haq’s report, Water for One people Only, Discriminatory Access and ‘Water-Apartheid’ in the OPT.