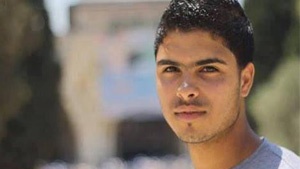 Since 13 June, Al-Haq has documented the killing of 34 Palestinians in the West Bank at the hands of Israeli forces and settlers, including six children. Twenty-eight of the 34 killed were shot by Israeli forces using live ammunition.

On 10 September 2014 at approximately 4:30 A.M., Issa Khaled Al-Qatari, 22, was shot in the chest with live ammunition and killed in Al-Ama’ari refugee camp, south east Ramallah. That morning, 10 Israeli military jeeps had raided the refugee camp in order to arrest Alaa’ Suleiman Jalayta, 24, from his house located close to the camp. Confrontations between the soldiers and youth from the camp took place near the roundabout on Al-Quds Street - the main street passing by the camp. The Israeli soldiers fired sound canisters and rubber bullets at the youths, who were throwing stones. According to Al-Haq documentation, Issa and his friends were at first located approximately 130 metres from the soldiers, near the mosque in the camp. Approximately 15 minutes later, Issa and some of the others moved 10 metres closer to the soldiers. The soldiers then turned their lasers and flashlights in the men’s direction. In response, the menturned and escaped onto a parallel street to the right of the mosque,where they were no longer visible to the soldiers.

Al-Haq preliminary documentation reveals that at approximately 4:30 A.M., Issa and his friends checked on the location of the soldiers and saw that they were entering their military jeeps. The men thought the soldiers were retreating so they moved a few metres forward.  As the men moved, around 10 Israeli soldiers stepped out of a nearby jeep, shot one live bullet in themen’s direction and began advancing towards them. The menran back the way they had comeand escaped to a bypass road to the right of the mosque. It is then that Issa’s friend heard him saying that he had been injured. His friends thought it was a minor injury and told him to keep running away. Issa and his friends ran about 30 metres down the road before Issa fell to the ground. His friends noticed that he was heavily bleeding from his back.

Issa’s friends transferred him into a nearby car that took him to Ramallah Governmental Hospital. Issa arrived at the hospital at approximately 5:00 A.M. and was declared dead at 5:10 A.M. The coroner reported that Issa sustained a bullet woundto the chest. The bullet exited from his lower back.

According to Al-Haq’s field researcher, there are surveillance cameras mounted on a shop in the camp. These cameras are facing in the direction that Issa was shot. However, the owner of the shop reports that as soon as the soldiers raided the camp, the cameras stopped recording, as did other surveillance cameras throughout the camp. The shop owner states that this is the second time that the cameras have stopped filming during a raid on the camp this month. It is suspectedthat the soldiers have a device that interferes with the cameras’ ability to function. This is likely a result of the international attention surrounding the killings of Nadim Nuwwara and Muhammad Salama (Abu Thaher), both 17, on 15 May this year. Both of these incidents were caught on film by nearby surveillance cameras.

Al-Haq strongly condemns the killing of Palestinian civilians, which in some instances may satisfy the criteria for willful killing. Willful killing is a grave breach of the Geneva Conventions and is listed as a war crime by the Rome Statute of the International Criminal Court. Unfortunately this is not an isolated case; the killing of Palestinian civilians is the result of the prevailing climate of impunity granted to Israeli soldiers, who are rarely held responsible for violations committed against the occupied Palestinian population.

As the Occupying Power, Israel must abide by its obligations under international human rights law and international humanitarian law. As such, Israel must respect the right to life of the population in the Occupied Palestinian Territory. Al-Haq condemns the use of live ammunition against Palestinian civilians, which constitutes unnecessary and excessive use of force.According to Article 3 of the Code of Conduct for Law Enforcement Officials, the use of firearms is an extreme measure and every effortshould be made to exclude their use. In cases in which firearms are employed, it must be in self-defence or defence of others against the imminent threat of death or serious injury. In such cases, firearms must be used in a manner that minimises damage and injury and respects and preserves human life. In the case mentioned above, Issa and the boys were located on the opposite side of the road to the youth that were throwing stones at the soldiers.As such, they did not pose any danger to the soldiers.

Al-Haq calls for immediate, transparent and impartial investigations to clarify the circumstances that lead to Issa’s death, with a view to prosecuting the Israeli soldiers responsible for the killing. Additionally, Israel must provide full reparation to the family of the victim.