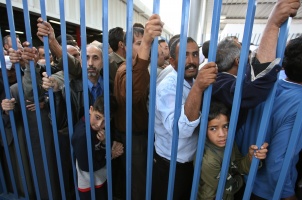 As highlighted in the report, civil society organizations and human rights defenders across the OPT and Israel, including Al-Haq, have faced repeated attacks aimed at undermining our important and necessary work, but we remain steadfast in pursuing our missions.

"Al-Haq, a leading Palestinian human rights organization, has endured a grievous pattern of threats, cyber-attacks and a campaign of attempted interference; with their work by persons unknown. Beginning in the autumn of 2015 and continuing into 2016, a series of detailed letters by either anonymous or impersonating individuals were sent to donors and partners of Al-Haq, purporting to raise serious concerns about fraud, corruption, financial disarray, lack of transparency and organizational disunity at the organization. Al-Haq was required to expend considerable resources refuting the unfounded allegations, including having its auditors – Ernst & Young – assure the partners and donors that there has been no financial or institutional malfeasance. Other messages contained explicit threats to the lives or well-being of various Al-Haq employees, including its General Director, Shawan Jabarin." - Page 12 of the report