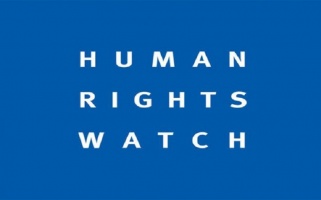 On 7 May 2018, Israel revoked the work permit of the Israel and Palestine Director of Human Rights Watch (HRW), Omar Shakir. Israeli authorities ordered him to leave within 14 days, allegedly due to his support for boycotts of Israel. The decision was based on information compiled by the Israeli Ministry for Strategic Affairs on Omar Shakir and his activities over the years.[1]

Israel routinely denies representatives of human rights organisations, as well as researchers, academics, among others, access to the Occupied Palestinian Territory (OPT) as part of a policy entrenched in law. In March 2017, the Israeli Parliament approved an amendment stating that “no visa and residency permit of any type will be given to a person who is not an Israeli citizen or does not have a permit for permanent residency in the State of Israel if he, [or] the organisation or entity for which he works, has knowingly issued a public call to impose a boycott on the State of Israel [...] or has committed to participate in such a boycott.”[2]

Israel seeks to obstruct the work of human rights organisations and defenders and prevent further exposure of and criticism on Israel’s continued violations of international law. Earlier this May, the Israeli authorities denied participants of the Justice Delegation, including two staff members of the Center for Constitutional Rights (CCR), entry into Israel and the OPT. The Delegation was visiting to witness the human rights situation in the OPT.