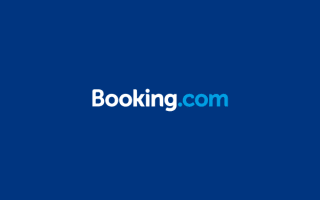 In early December 2018, Al-Haq along with three other non-governmental organisations sent a joint letter to Booking.com in the Netherlands, in light of their operations and dealings in the Occupied Palestinian Territory (OPT) which may be deemed unlawful. The letter stresses that all types of businesses have a responsibility to respect human rights in their operations, as stated in the UN Guiding Principles on Business and Human Rights (UNGPs).[1] More specifically, the letter highlighted the role that business enterprises, such as Airbnb and Booking.com, play in the continuation and expansion of illegal Israeli settlements in the occupied West Bank, upon which immediate action must be taken, in line with international law.

Israel’s illegal settlement enterprise “singularly compromises the territorial integrity and viability of an independent Palestinian state, and impacts the lives of Palestinians on a daily basis.”[2] Businesses operating in or with the Israeli settlements are part of the unlawful settlement infrastructure. Israeli settlements in the OPT, including in East Jerusalem, and the occupied Syrian Golan Heights illustrate the intentional and systemic transfer of Israel’s civilian population into occupied territory. This is prohibited under Article 49(6) of the 1949 Fourth Geneva Convention and is considered a war crime under Article 8(2)(b)(viii) of the Rome Statute of the International Criminal Court.

The letter further referenced the report issued by Human Rights Watch, “Bed and Breakfast on Stolen Land”,[3] which acknowledged the importance of recognizing the impact and responsibilities businesses in violation of international law and complicity in grave breaches of the Geneva Conventions. On 19 November 2018, Airbnb announced that properties in the Israeli settlements in the West Bank will be delisted from its website, thus taking an important first step towards respect for human rights in the occupied Palestinian territory.[4] The delisting of properties by Airbnb was reiterated in another statement made on 17 January 2019.[5]

Meanwhile, the letter communicated to Booking.com stresses that the company has not taken responsibility for facilitating tourism business in illegal settlements throughout the OPT. Businesses, including those operating within the tourism sector, enable and facilitate the expansion and economic viability and growth of settlements. By allowing tourists to make reservations in illegal settlements in the OPT, Booking.com is supporting and helping to finance illegal activity.