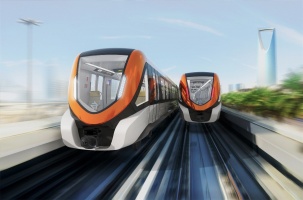 On 20 January 2019, Al-Haq emailed and posted registered letters to the President and CEO of Bombardier, Quebec, Canada, and the President of Bombardier Transportation, Berlin, Germany, putting them on notice of Bombardier’s potential complicity in war crimes in the occupied Palestinian territory (OPT). In January 2018, Bombardier Transportation concluded an agreement for $126 million to supply 54 Twindexx Vario double-deck coaches to Israel Railways, which will be used for transport on the Tel Aviv - Jerusalem rail link expected to come into operation in 2020.

The planned Tel Aviv - Jerusalem rail link will connect the cities by cutting through the occupied Palestinian territory (OPT). Israel has occupied the West Bank, including East Jerusalem, and the Gaza Strip since 1967. During this period, it has built settlements throughout the OPT in violation of international humanitarian law. It has further imposed a discriminatory ID system on the occupied Palestinian population, and established a Wall deemed illegal by the International Court of Justice, alongside countless checkpoints and other barriers, restricting Palestinian freedom of movement. The Israeli railway serves to entrench this fragmentation of Palestinian land and movement limitations.

The planned railway will cut through the West Bank lands of Latroun and Beit Sourik.  These areas were immediately targeted by Israel after the start of the occupation, due to their proximity to Jerusalem. Palestinian residents of the Latroun area were forcibly transferred from their homes, some were killed or detained, and the village was destroyed by Israel. Over 50-years later, the residents have yet to be allowed to return to their lands. The tragic history of the Latroun has been recorded by Israeli and Palestinian organizations- including via a documentary and the publication of a memoir of a French monk who witnessed the events.[1]

Al-Haq warns that by supplying goods and services that may be utilized in the commission of international crimes, Bombardier International runs the risk of aiding and abetting the commission of war crimes. In conducting enhanced due diligence in regards to its operations in Israel and the OPT, and its business relationship with Israel Railways, Bombardier should note:

Criminal liability under Canadian domestic law may also be incurred. In fulfilling its own policies and in order to respect human rights and international law, Bombardier must differentiate between its business activities in the territory of the West Bank and the territory of Israel, and further ensure that its business operations and relationships do not adversely impact human rights. If it is impossible to do so based on the project, it should terminate its activities.

[2] See for example a letter by the village council of Beit Sourik to an Italian company linked to the project, available at: https://www.stopthewall.org/2011/12/16/beit-surik-and-stop-wall-thank-rho-city-council-condeming-pizzarotti-complicity-israeli-a