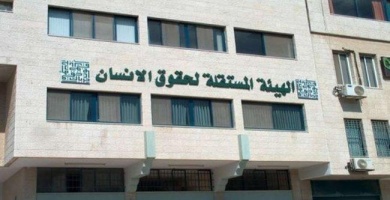 Al-Haq condemns the ongoing violations committed by the acting authority in the Gaza Strip against peaceful demonstrators, demanding improvements in their living conditions, as well as the attacks against human rights defenders and journalists in the exercise of their professional duties. Al-Haq warns against the continuance of these attacks and their serious impact on the human rights situation in the Gaza Strip. Moreover, Al-Haq calls on the acting authority to end these violations, to open credible and transparent investigations into incidents of assaults to ensure that individuals, including those who ordered the commission of these assaults, are held accountable, and to guarantee redress for victims and provide guarantees of non-reoccurrence.

Al-Haq denounces and condemns the grave assaults by Palestinian police officers in Gaza against the director of the Independent Commission for Human Rights (ICHR) in the Gaza Strip, Jamil Musa Sarhan, 47, and against his colleague Baker Zakaria Al-Turkman, 38, in charge of complaints at ICHR. Jamil and Baker were beaten with hands and batons, while their mobile phones were confiscated. Both Jamil and Baker required hospitalisation as a result of the injuries and were transferred to Al-Aqsa Martyrs Hospital in Deir Al-Balah for treatment. The Palestinian police officers further assaulted Ra'fat Salha, the head of the Gaza and northern Gaza Strip office at ICHR, who sustained bruising in his left hand.

These assaults carry grave implications and repercussions, especially given that Jamil and his colleagues at ICHR are known for their human rights work to the Security Services in the Gaza Strip. As such, the assaults against them appear to indicate that the Security Services in Gaza intended to prevent them from carrying out their human rights work, including to hamper their monitoring and documentation of violations and their follow-up on the human rights situation. As such, these assaults are reminiscent of measures taken by repressive regimes targeting human rights organizations and defenders elsewhere.

Al-Haq continues to follow up on the matter and to conduct field investigations into the serious deteriorations and violations in the Gaza Strip, resorting to various advocacy tools as appropriate, both locally and internationally, notably given the absence of local remedies. On 15 March 2019, Al-Haq issued a comprehensive report on its website, which detailed the violations and crimes committed by the Palestinian Security Services in Gaza, as well as by members of Hamas. The report also included Al-Haq’s recommendations in this regard.

According to Al-Haq’s documentation and field investigations into the incidents in question, hundreds of Palestinian protesters, including youth, children, women, and elderly persons gathered on 15 March 2019, for the second day in a row, between 2:00 and 4:00 pm, in the following areas: Al-Tarans intersection in Jabaliya, the intersection of Al-Shuja’iyyah neighbourhood in Gaza City, in Deir Al-Balah Refugee Camp, in Al-Nuseirat Refugee Camp, and in Al-Breij Refugee Camp in the Central Governorate. In Khan Younis, protesters gathered near Abu Hamid roundabout and Al-Qala’a Square. In Rafah, they gathered near Al-Nijma Square, and then moved towards Al-‘Awda roundabout downtown. The protesters in all locations were demanding better living conditions in the Gaza Strip and protested against rising prices and taxation.

During the protests, participants held written signs and chanted slogans calling on officials in the Gaza Strip and in Ramallah to shoulder their responsibilities to alleviate the suffering of Palestinian residents of the Gaza Strip and to improve their living conditions. Large numbers of police officers in uniforms were present, in addition to members of the Criminal Police and the Internal Security Department who were dressed in civilian clothing. Members of the Palestinian Security Services assaulted the peaceful protesters by beating them with batons. The Security Services further assaulted and beat a number of journalists and confiscated some of the journalists’ mobile phones and equipment, in addition to confiscating the mobile phones of a number of individuals filming the demonstrations taking place.

The Security Services further fired shots in the air, followed the protesters into side-streets, and raided a number of houses, especially in Deir Al-Balah Refugee Camp and in Al-Shuja’iyyah neighbourhood in Gaza City. They assaulted protesters by beating them. In Al-Breij Refugee Camp, members of Al-Qassam Brigades took part in assaulting the protesters. The Palestinian police officers, along with members of the Security Forces and members of the Al-Qassam Brigades, in addition to members of Hamas who were present in civilian clothing, forcibly dispersed the peaceful demonstrations, resulting in the injury and bruising of tens of protesters and leading to the arrest of tens of other protesters in different parts of the Gaza Strip.

Al-Haq denounces and condemns the continued assaults and arrests of peaceful demonstrators calling for a dignified life, as well as assaults on human rights defenders and journalists. Al-Haq calls on:

Finally, Al-Haq stresses the need to promote and improve the human rights situation in the Gaza Strip, recalling the importance and urgent need to establish a free and fair electoral environment for the holding of general presidential and legislative elections, as well as for the National Council to overcome the grave crisis that is plaguing the Palestinian political system, and the obligation to respect, protect, and fulfil the rights of Palestinians, notably their basic right to political participation and to freely choose their representatives.