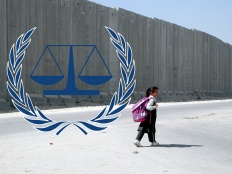 In December 2019, the Office of the Prosecutor of the ICC published a document announcing that it had concluded its Preliminary Investigation stage in the Situation in Palestine. The announcement came in the form of a Request from the Prosecutor, that the Pre-Trial Chamber provide confirmation of the position that ‘the Court’s territorial jurisdiction extends to the Palestinian territory occupied by Israel’ since June 1967, ‘namely the West Bank, including East Jerusalem, and Gaza.’[2]

As international crimes have clearly been committed in the occupied State of Palestine  comprising the West Bank, including East Jerusalem and the Gaza Strip, our organisations believe it would have been appropriate for the Prosecutor to proceed directly to a formal investigation, and that the current process was not a necessary one. Once a State becomes party to the Rome Statute, ‘the ICC is automatically entitled to exercise jurisdiction over article 5 crimes committed on its territory. No additional consent or separate assessment is needed.’

Critically, in affirming Palestine’s status as a state, the Palestinian human rights organsiations provide that Palestine existed as a State prior to the British Mandate and that Palestine’s full exercise of sovereignty over the territory of mandatory Palestine has, since 1917, been in abeyance as a result of successive military occupations. Our analysis drew on Palestine’s categorisation as a Class A Mandate within the League of Nations framework, as well as on the consequences of the 1923 Treaty of Lausanne which recognised Palestine as one of the successor states of the Ottoman Empire (Paras 7-12). Having briefly considered the nature of the Jordanian and Egyptian administration of Palestinian territory until the 1967 war, and explained Israel’s lack of any title over the territory it has occupied since that war, we recall that ‘the State of Palestine has been recognised by 139 States, and is only circumvented politically by a small but powerful cohort of States aligned to the colonialist objectives of the State of Israel.’ (Paras 13-16)

Noting that the Palestinian acknowledgement of its territorial jurisdiction as a sovereign State on the 1967 borders has cross party support within Palestine we recall that the State of Palestine has been admitted as a Member State of international organisations such as the UN Educational, Scientific and Cultural Organization (UNESCO)[3] and has become a State party to over a hundred international treaties. By Resolution 67/19 of 29 November 2012 the UN General Assembly in according Palestine non-member observer State status in the UN provided a clear statement of the status of Palestine.[4] (Paras 18, 22-3)

Our observation further stressed that Israel’s purported annexation of occupied East Jerusalem is illegal. (Paras 24-7) Recalling that the primary applicable law is that of the Geneva Conventions and broader humanitarian law, the submission turned to the nature of the Palestinian right to self-determination and the imperative that when considering the scope of the territorial jurisdiction of Palestine that such a right must be instrumental. In particular we drew attention to the 2006 finding of the International Criminal Courts’ Appeals Chamber that ‘[h]uman rights underpin the [Rome] Statute; every aspect of it, including the exercise of the jurisdiction of the Court.’[5] (Paras 32)

The Court also affirmed that ‘any detachment by the administering Power of part of a non-self-governing territory, unless based on the freely expressed and genuine will of the people of the territory concerned, is contrary to the right to self-determination.’ On this basis, and as was put in our submission: ‘to deny, fragment, or reduce ‘the “territory” over which the Court may exercise its jurisdiction under article 12(2)(a) from that unit of the West Bank, including East Jerusalem, and Gaza,’ would be to disregard, undermine, and violate the right of the Palestinian people to self-determination.’ (Paras 36-8)

The submission highlighted how the monitoring bodies of the Convention on the Elimination of Discrimination Against Women (CEDAW), the Convention on the Elimination of Racial Discrimination  (CERD), and the Convention on the Rights of the Child (CRC) have affirmed the need for the State of Palestine to, ‘Fully incorporate the provisions of the Convention into its national law and ensure its implementation in the Gaza Strip and the West Bank, including in East Jerusalem’.[7] With respect to applicable humanitarian law we reiterated that belligerent occupation is temporary. In clarifying that the Oslo Process, and the Interim Agreements of the 1990s have no effect on either the territory of the State of Palestine nor on its territorial jurisdiction, we again noted the 2019 Advisory Opinion of the International Court of Justice: ‘it is not possible to talk of an international agreement, when one of the parties to it, Mauritius, which is said to have ceded the territory to the United Kingdom, was under the authority of the latter.’ (Para 50)

Our submission concludes with an observation as to the scope of the Court’s jurisdiction over Palestine’s maritime zones, noting how contrary to an earlier expressed opinion of the Office of the Prosecutor, the terms of the UN Convention on the Law of the Sea do not of necessity preclude the application of either the State or the International Criminal Court’s jurisdiction in a state’s Exclusive Economic Zone or in its Continental Shelf areas. (Paras 67-72)

In conclusion the Palestinian huamn rights organisations reiterate that there is a compelling and urgent need for the opening of a formal investigation into the Situation in Palestine. Should the Pre-Trial Chamber find it appropriate to provide an answer to the Prosecutor’s question then we would conclude that the answer to the questions be 1) that the territory of the State of Palestine is that delimited by the Green Line, and 2) that the scope of the Court’s territorial jurisdiction over the Situation in Palestine is interpreted in line with international practice such as the human rights treaty bodies, to recognise the State of Palestine’s territorial jurisdiction over the West Bank, including East Jerusalem and the Gaza Strip.

Please find link to the Palestinian human rights organisations amicus along with annex 1 and annex 2.

[6] Legal Consequences of the Separation of the Chagos Archipelago from Mauritius in 1965, ICJ (Advisory Opinion) 2019, para 144.

[8] Decision Pursuant to Article 15 of the Rome Statute on the Authorisation of an Investigation into the Situation in the People’s Republic of Bangladesh/Republic of the Union of Myanmar, ICC-01/19 (14 November 2019) paras 60-1.