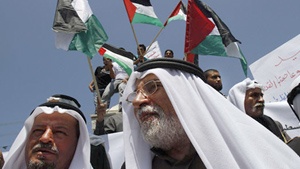 As an organisation dedicated to the promotion and protection of human rights in the Occupied Palestinian Territory (OPT), Al-Haq is gravely concerned about Israel’s recurrent practice of withholding tax revenues belonging to the occupied Palestinian population, which further exacerbates their already vulnerable living conditions.

Every month, Israel collects on behalf of the Palestinian Authority (PA) tens of millions of US dollars in customs duties on goods that are destined for the Palestinian markets but have to transit through Israeli customs. It also collects indirect (VAT) taxation, fuel excise taxes and taxes for social benefits and health services as well as income taxes from Palestinians employed in Israel or in Israeli settlements in the West Bank, including East Jerusalem. The tax revenue collected is then transferred to the PA on a monthly basis.

Following the admission of Palestine as a member to UNESCO last 31 October, Israel decided as a punitive response to withhold USD 100 million in tax revenue collected during that month. On 20 November, Israel decided to continue the freeze on the transfer of the Palestinians’ tax revenue reportedly due to the latest Palestinian reconciliation attempts. Yet, this conduct is not a novelty. In May 2011, Israel withheld Palestinian tax revenue in reaction to the unity deal reached between Fatah and Hamas. Israel’s freeze on the due transfer of these taxes deprives the PA of two-thirds of its normal revenue, which impacts negatively the provision of basic services to the Palestinian population.

International humanitarian law imposes clear obligations on the Occupying Power in order to ensure special protection to the population under occupation. Taxation is not an exception. A concurring reading of Articles 43 and 48 of the Hague Regulations reveals that while Israel is permitted to collect taxes, dues and tolls, it is at the same time bound to return the collected revenue to cover administrative costs of the OPT and provision of basic needs of the occupied population. It follows that Israel’s conduct and its refusal to return the collected tax money constitutes a violation of international humanitarian law.

Moreover, because of the inherent punitive character of the Israeli measures as well as their indiscriminate impact on the entire Palestinian population, they amount to a form of collective punishment and as such are prohibited by Article 50 of the Hague Regulations and Article 33 of the Fourth Geneva Convention.

In addition, Israel’s withholding of Palestinian tax revenue contravenes the practical arrangements set up in the Protocol on Economic Relations (Paris Protocol) signed in 1994 between Israel and the Palestinian Liberation Organisation (PLO) within the framework of the Oslo Accords, which requires Israel to transfer Palestinian tax revenues to the PA on a monthly basis.

Israel’s withholding of Palestinian tax revenue not only impacts directly on the Palestinian population but also undermines the European Union’s (EU) considerable support to the PA’s institutional capacity building and to the development of the OPT.

Al-Haq calls upon you, in your capacity as the High Representative of the Union for Foreign Affairs, to pressure Israel to abide by its obligations under international law. Therefore, we urge you to adopt more restrictive measures against Israel than simple condemnation, as provided by the 2009 EU Guidelines on promoting compliance with International Humanitarian Law.