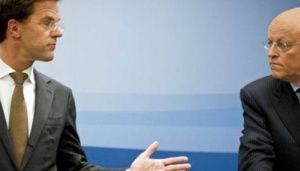 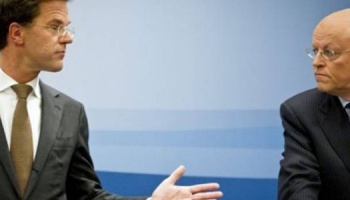 As members of the Palestinian Council of Human Rights Organisations, we welcome the suspension of the convening of the Dutch-Israeli Cooperation Council scheduled for 7 June 2012. The convening of this Council would have indicated an intensification of bilateral relations between the Netherlands and Israel, thus effectively undermining the EU’s decision to freeze its upgrade in relations with Israel and continuing to ignore Israel’s ongoing violations of international law.

While we were pleased to learn of the decision of the Dutch Ministry of Foreign Affairs to suspend the convening of the Council, we remain concerned about the Netherlands’ unconditional support of Israel. In the Dutch Government’s coalition agreement of 2010, the Government expressed its intention “to invest more in its relationship with Israel” whilst maintaining their dedication to the two-state solution. Interestingly, Israel is the only country specifically mentioned in the coalition agreement and such intensification of bilateral relations is not contingent on Israel’s compliance with international law. In the same vein, Foreign Minister Rosenthal, in a letter dated 29 May 2012, expressed his intent to reconfirm the future establishment of the Dutch-Israel Cooperation Council, in agreement with Israel, during his upcoming visit to the region on 7 June 2012. Moreover, Rosenthal claims that “Israel is a self-evident partner in a turbulent region and is a strong democratic state [and that the] upgrading of bilateral relations also offers opportunities for conducting an open and constructive dialogue with Israel, for example in relation to the Middle East Peace Process.”

However, neither in the coalition agreement nor in the Foreign Minister’s letter is there any mention of Israel’s continuing violations of international law, the prevailing impunity for violence against Palestinians committed by both settlers and State-agents, nor does it reference Israel’s multifaceted illegal practices resulting in the fragmentation of the OPT, which gravely undermine the prospect of a the two-state solution. Such Israeli efforts include the expansion of illegal settlements, the continued construction of the Annexation Wall on occupied land, the illegal annexation of East Jerusalem and appropriation of land and destruction of property in Area C in the West Bank as well as the five-year-long illegal closure of the Gaza Strip. Above all, it appears that the Netherlands has failed to recognise that a just and lasting solution to the Israeli-Palestinian conflict can only be based upon compliance with international law and justice.

In light of the above, we the undersigned organisations, urge the Netherlands to suspend the process of upgrading its relations with Israel until the latter demonstrates tangible improvement in respecting its obligations under international humanitarian and human right law towards the Palestinian occupied population. As a High Contracting Party to the four Geneva Conventions the Netherlands is under a legal obligation to ensure respect for the mentioned instruments and will thus fail to live up to its responsibilities under international law should it resume the upgrade of relations with Israel while violations are still being committed.

Furthermore, in conditioning its relations with Israel on the basis of its adherence to international law, the Netherlands acts in accordance with the Government’s self-proclaimed commitment to promote human rights and humanitarian law world-wide.