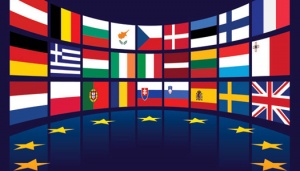 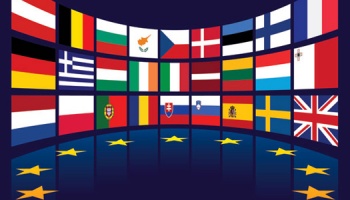 Following the Association Council meeting on 24 July 2012 between the European Union (EU) and Israel, it was announced that the EU has agreed upon developing cooperation with Israel by offering it 60 new activities in 15 fields. The EU also declared that it would continue technical discussions with Israel aimed at identifying areas for future cooperation. As organisations dedicated to the promotion and protection of human rights in the Occupied Palestinian Territory (OPT), we are strongly concerned about the EU’s lack of commitment to human rights in light of what is essentially an intensification of bilateral relations with Israel. In recent months, the EU has made progress in recognising and condemning Israel’s practices and policies in the OPT which constitute systematic violations of international humanitarian and human rights law. We welcomed the 14 May Council Conclusions which expressed “deep concern about developments on the ground which threaten to make a two-state solution impossible” and waited for words to turn into action from the EU’s side.

The Association Council, the most high-level meeting to take place between the EU and Israel, is, however, a step backwards. Aggravatingly, the Association Council statement comes at a time when Israel is relentless in expanding its illegal settlement enterprise; maintains the continued closure of the Gaza Strip which amounts to collective punishment; continues to revoke residency permits of Palestinians; displaces the Palestinian people, especially those residing in Area C; discriminatorily allocates natural resources, such as land and water; as well as continuing the construction of the Annexation Wall.

Indeed, in the past two months alone Israel has issued demolition orders to some 50 structures in Susiya and ordered the demolition of eight Palestinian villages in the South Hebron Hills so that the land can be used for the training of the Israeli military. These are all methods and means of the Israeli Government aimed at fragmenting the OPT, illegally appropriating Palestinian land for the benefit of the settler population and Israel, and diminishing Palestinian presence and control over Palestinian lands. The statement also comes at a time where Israel remains unaffected by the Palestinian prisoners nearing death in Israeli prisons, and where Israel unabatedly resorts to excessive use of administrative detention.

By agreeing to further develop bilateral relations with Israel, the EU has failed to adhere to its self-commitment to international law, and appropriately implement the recent EU Strategic Framework on Human Rights and Democracy which emphasised that the “EU is founded on a shared determination to promote peace and stability and to build a world founded on respect for human rights, democracy and the rule of law” and that these principles are to underpin EU’s external policies. Moreover, individual member states of the European Union are under a legal obligation to respect and ensure respect of the Geneva Conventions. The recent intensification of relations is certainly not based on consideration of seeking conformity with these legal obligations.

If adherence to international law is to be a corner stone of the EU then it must make a link between its actions and its verbal and written condemnations. As such, the EU needs to stress to Israel that until it shows tangible progress in its compliance with international law it will not benefit from further cooperation with the EU, on the basis of or outside the current EU-Israeli Action Plan. Only in the instance that the EU does not allow for Israel to enjoy impunity will Israel be persuaded to comply with all its international legal obligations, including those owed towards the occupied Palestinian people.

As Palestinian human rights organisations, we are deeply disappointed with the EU’s decision to sideline human rights and humanitarian law when it suits the EU and Israel, and thus oppose the EU’s decision to effectively upgrade its relations with Israel. The recent agreement amounts to the condoning of Israel’s illegal practices and, by virtue of the acquiescence of the EU, contributes to both their continuation and the deterioration of the human rights situation in the OPT.