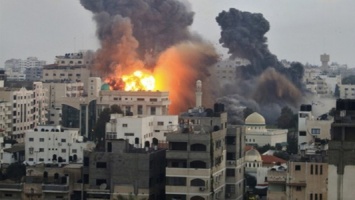 On 21 November 2012, Hamas and Israel agreed upon a ceasefire putting an end to eight days of escalating violence in the occupied Gaza Strip. Al-Haq preliminary figures reveal that, between 8 and 22 November 2012, 173 Palestinians were killed, including 113 were civilians of whom 38 were children and 13 were women. Furthermore, at least 1,221 Palestinians were injured, including 445 children and 207 women. Israel also targeted 78 Palestinian homes, and damaged 13 mosques and 15 government buildings. In total, 950 civilian buildings were (totally or partially) damaged.

As the dust is settling, the European Union’s (EU) response to the violence merits assessment. The EU issued several documents addressing the situation, chief amongst them were the Foreign Affairs Council Conclusions of 19 November 2012. The statement condemned rocket attacks on Israel and stated that Israel has the right to protect its population from these attacks. Furthermore, that in so doing Israel must act proportionately and ensure the protection of civilians at all times. These Council Conclusions followed similar statements by EU High Representative Baroness Ashton, who held that “[t]he rocket attacks by Hamas and other factions in Gaza, which began this current crisis, are totally unacceptable for any government and must stop. Israel has the right to protect its population from these kinds of attacks. I urge Israel to ensure that its response is proportionate.”

Al-Haq welcomes the EU’s call for all sides to comply with international humanitarian law in its Council Conclusions. However, the EU misjudged the legal framework in place during the escalating violence and the international legal obligations incumbent on the parties to the conflict. First, it must be clarified that the recent escalation in violence erupted in the context of an already ongoing armed conflict, including the state of military occupation. As such, and in accordance with common Article 2 of the Geneva Conventions, Israel was already obliged to comply with international humanitarian law, including the principles of military necessity, proportionality and distinction between civilians and combatants, during and despite of the escalating violence.

Second, due to the ongoing conflict in which the violence erupted, any claim to self-defence by Israel pursuant to Article 51 of the UN Charter is legally inaccurate, as it was during ‘Operation Cast Lead’ four years ago.

The EU’s endorsement of Israel’s legally inaccurate claim to self-defence amounted to de facto sanctioning of Israel’s violent attacks. Furthermore, such claims fail to take into consideration the unequal footing in which the Israel-Palestinian conflict is taking place and resulted in a distortion of the unfolding events between the parties. At the time of the escalation in violence, the Gaza Strip was, and continues to be, little more than an open-air prison. For the past five years, Israel has imposed a closure-regime on the Gaza Strip amounting to collective punishment. This illegal regime has, inter alia, prevented the occupied Palestinian people from recovering from Israel’s last military operation in the Gaza Strip in 2008-2009 by hindering the free movement of people and goods. As part of its closure regime, Israel has been enforcing an undefined buffer zone on land and sea along the borders of the Gaza Strip through the use of lethal force against Palestinian civilians. The illegal enforcement of such a buffer zone has had serious implications on the lives and livelihood of Palestinian farmers and fishermen.

Whilst the EU’s recent position represents grave misjudgments on its part, it also represents missed opportunities to learn from the experience of ‘Operation Cast Lead’. The EU and its Member States also referred to an Israeli right to self-defence in relation to Israel’s 22-day-long offensive of 2008-2009. Though not alone in this position, the EU’s acquiescence to such a claim, coupled with a failure to pressure Israel to ensure accountability, resulted in a consolidated climate of impunity in Israel. As such, alleged violations of international humanitarian law committed during the recent attacks take place in a context in which violations of international law are never investigated in accordance with international standards and perpetrators are never held accountable for their acts and omissions.

Finally, we recall that all EU Member States, as High Contracting Parties to the Geneva Conventions, are under the obligation to ensure respect for the provisions of the Conventions. This obligation implies a duty on States to take all possible steps to make sure that the rules enshrined in the Conventions are respected by all, and in particular by the Parties to a conflict.

In light of the above, Al-Haq calls on the EU to: