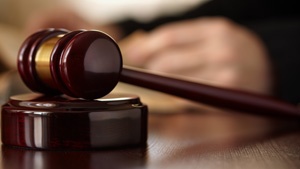 From 23-24 April 2013, representatives of 13 Palestinian, Israeli, and international organisations, and a number of international lawyers and legal experts, came together in Malaga, Spain, to discuss the critical situation facing Palestinian victims who attempt to seek compensation for death, injury, and destruction of property.

Israel has the duty to investigate and prosecute alleged violations of international humanitarian and human rights law committed against Palestinian civilians and must provide equal and effective access to justice for victims. Furthermore, as the Occupying Power in occupied Palestine, Israel is liable to provide compensation to victims. Israel has failed to comply with these duties. Numerous legal, procedural, and practical obstacles in the Israeli civil and criminal legal system contribute to the systematic denial of the right of victims to effective judicial remedy.

Israel's violation of Palestinian victims' right to effective remedies is of pressing concern. The Israeli Tort Law exempts the State of Israel from any liability arising from damage caused during a 'combat action' and from its responsibility for injuries and damages inflicted on residents of 'enemy states'. This exemption was broadened with the introduction of the 2012 Amendment No. 8, which applies retroactively to 12 September 2005, resulting in the dismissal of pending cases from the Gaza Strip which were filed before the Amendment was passed, without consideration of the merits of the petition.

The functioning of the legal system consistently shields Israel from any accountability vis-á-vis Palestinian victims, and also imposes high court fees and court guarantees on victims and their families that are seized by the court when the cases are dismissed.

The undersigned Palestinian, Israeli, and international organisations agree that:

The undersigned organisations call on the international, Israeli and Palestinian legal communities to confront these challenges and help to remove these obstacles to justice and redress for Palestinian victims.