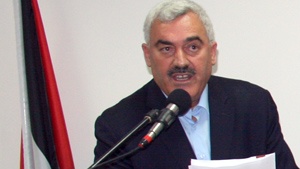 Al-Haq, as a member of the Federation, is pleased to announce that yesterday General Director Shawan Jabarin was elected as one of the vice presidents of FIDH during its 38th Congress in Turkey. Al-Haq also welcomes the addition of Palestinian non-governmental organisation Al-Mezan Centre for Human Rights as a member of the Federation. The congress was attended by human rights defenders from FIDH's 164 member organisations, in addition to other partners from all over the world.

FIDH is an independent international NGO based in France that seeks to defend civil, political, economic, social and cultural rights. Last week's congress was dedicated to arbitrarily detained human rights defenders and had a special focus on viewing political transition from a human rights perspective.

FIDH strives to see societies develop in a manner that embodies equality, dignity and freedom for all human beings. Each of these are goals that strongly mirror Al-Haq's own vision; to see international human rights and humanitarian law adhered to, so that Palestinians can enjoy equal treatment with respect to their human dignity. The election of Mr. Jabarin to the position of FIDH vice president is therefore a great source of pride for the organisation.

Mr. Jabarin was also recently elected to the position of Commissioner of the International Commission of Jurists, the leading international organisation working for the development and implementation of international human rights law and standards worldwide.