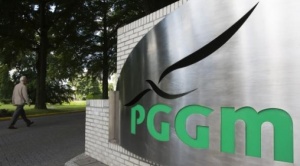 Al-Haq welcomes the decision by PGGM, the second-largest pension fund manager in the Netherlands, to withdraw its investments from five Israeli banks involved in financing activities related to the settlements located in Occupied Palestinian Territory (OPT). Al-Haq further welcomes the decision of the Stichting Pensioenfonds Zorg & Welzijn (PFZW), one of the pension funds managed by PGGM, to add the five Israeli banks to its exclusion list, “following [the Israeli banks’] engagement on activities contrary to international humanitarian law.” Al-Haq particularly commends PGGM on its reference to international humanitarian law (IHL) as a basis for its assessment in making its due diligence process. PGGM relied on the most authoritative legal body of the United Nations, the International Court of Justice (ICJ), which confirmed in its 2004 Advisory Opinion on the Wall that Israeli settlements in the OPT are illegal and constitute a blatant breach of international law.

“Today, we saw one of the world's larger pension asset managers taking an important step towards recognising the contribution of Israeli banks to the perpetuation of the settlements enterprise,” said Shawan Jabarin, General-Director of Al-Haq. “PGGM recognised that the difficulty in distinguishing between the banks’ activities in Israel proper and their activities in the settlements stood in the way of adhering to its own ‘responsible investment policy’,” he added. “This decision indicates an important development in the interpretation of corporate social responsibility to include international humanitarian law as part of the due diligence process,” he concluded.

The decision of PGGM to cut its financial ties with the Israeli banks is the latest in a series of decisions by Dutch entities to end their cooperation with Israeli companies that are involved in the settlement enterprise. Last month, Dutch water company Vitens ended its collaboration with Israel’s national water company, Mekorot, while Royal HaskoningDHV, a Dutch engineering and project management company, terminated its involvement in a municipal wastewater project to be located in occupied East Jerusalem a few months earlier.